A Portrait of the City (a little delayed)

Regular visitors to TBTP know that I’m inordinately fond of  old travel guidebooks, whimsical book illustrations and tales of eastern European intrigue. Of course I couldn’t pass-up a crazy story that I ran across the other day that has all three elements.

New York: A Mod Portrait of the City was first published in Czechoslovakia in 1968 and was promptly suppressed by the secret police who destroyed the entire print run of the guidebook. Now more than four decades later, Universe, an imprint of Rizzoli, has revived the lost little gem with an English translation. Here’s what the publisher has to say about the project:

“Exactly half a century old, this timeless illustrated classic artfully captures the “Mad Men” era of New York City for readers of all ages. The unique essence of New York City is poetically celebrated in Vladimir Fuka’s brilliant, colorful illustrations and collages and Zdenek Mahler’s playful accompanying narrative. The book takes readers on a charming journey of discovery through the magnificent metropolis’s architectural landmarks, cultural hot spots, and neighborhoods, from uptown to downtown, from Wall Street to Coney Island, and the Guggenheim Museum to Yankee Stadium. Interesting historical fun facts about the city and its inhabitants are combined with descriptions of the reality of everyday New York. New York was created in 1964 and first printed in the former Czechoslovakia in 1968, but the entire print run was pulped by the secret police after Fuka escaped to the United States. The book was finally brought to life when Mahler’s grandson discovered a surviving copy in his attic. Fifty years later, it remains as fresh as ever and includes updated facts for today. This beautiful, vintage treasure will delight New Yorkers and tourists of all ages.

Vladimir Fuka (1926-1977) is a Czech illustrator, graphic artist, painter, and sculptor. In the 1950s and ’60s, Fuka created a number of innovative books for both children and adults and has won numerous international awards. Zdenek Mahler is a writer of books for children and adults, and screenplays for theater, film, and television. He was an advisor in the preparations of Milos Forman’s film Amadeus and Goya’s Ghosts, and has been a writer and moderator of popular educational programs.” 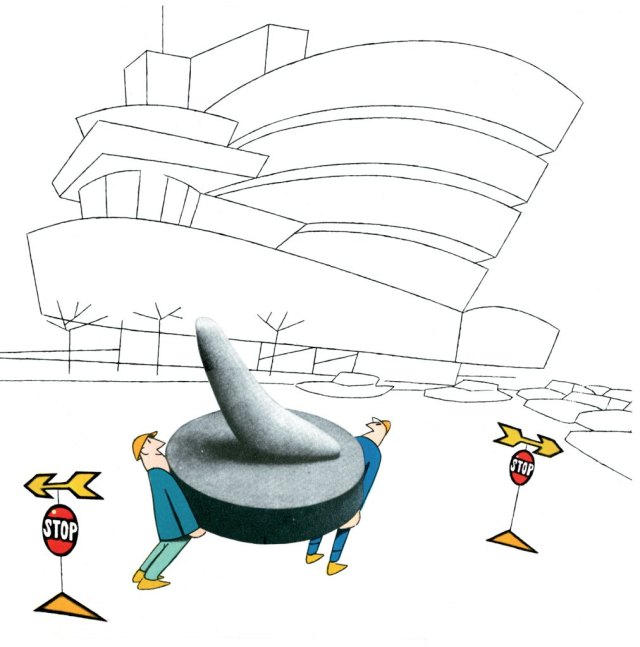