It Takes A Train To Cry

Deutsche Bahn (DB), the German rail operator, recently decided to name twenty-five new high-speed trains after historic figures. They crowdsourced suggestions and received more than 19,000 proposals. A jury then selected the final names, including one that has some folks scratching their heads: Anne Frank.

Frank was a young German Jewish refugee in the Netherlands who kept a diary while she hid from the Nazis who had occupied the country. She was later discovered, deported by train, and died in a death camp. Her diary, discovered and published after the war, revealed a precocious intelligence and an indomitable spirit, and has made her one of the most recognizable figures of World War II. 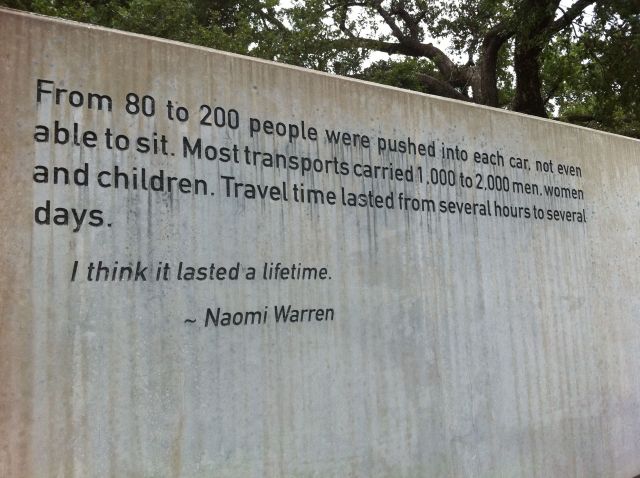 The DB is the successor of the Deutsche Reichsbahn, the train service by which Frank, among millions of others, was sent to her death.

Gisela Mettele, one member of the jury, told the BBC that she had found “impressive diversity” among the names suggested. Those selected, she said, “have one thing in common: they were curious about the world.”

Antje Neubauer, a spokesperson for the DB, called Frank a symbol of tolerance who represented “peaceful co-existence of different cultures, which is more important than ever in times such as this.”

The Anne Frank Foundation put out a statement on Monday, saying:

The proposed naming has caused controversy, and we understand that. The combination of Anne Frank and a train evokes associations with the persecution of the Jews and the deportations during the Second World War. The combination is painful for the people who experienced these deportations, and causes fresh pain to those who still bear the consequences of those times within them.

The DB has responded to the criticism in a statement:

“…the DB, conscious of its historical responsibility, decided to keep the name of Anne Frank alive.The DB profusely apologizes if anybody’s feelings were hurt… [the company will] take seriously the concern currently expressed by the public and will hold internal discussions, with the blessing of Jewish organizations.”