Goodbye King of the Book Towns

British bookseller and self-appointed “King of Hay” Richard Booth, who transformed the sleepy Welsh town of Hay-on-Wye “into a second-hand bookshop capital,” died August 20, BBC News reported. Booth, who opened his first bookshop in the town’s former fire station in 1961, sparked the international book town movement. His passion for Hay-on-Wye “led him to proclaim it an independent kingdom on 1 April 1977, crowning himself as monarch and issuing passports to locals.”

“This town has become what it is because of him,” said Anne Addyman of Addyman’s Books. “We are absolutely devastated. It feels like we have lost our father, he is such a legend. We are going to have black books in the windows and a week of mourning for the king of Hay. He was unique. He was the first person to diversify a rural economy; what he did was cutting edge in the ’60s and ’70s. There are now over 50 book towns in the world. Hay is still the best. He was like the emperor of the book town movement as well.”

Booth was also the chairman of the Welsh Booksellers Association, life president of the International Organization of Book Towns, and was honored with an MBE in 2004. He sold his bookshop in 2007.

Hay Festival director Peter Florence told the Bookseller: “Richard was a maverick, full of mischief and delight, who had an idea of genius about how to diversify a rural economy with secondhand book dealing and made a life of it. He inspired generations of bookdealers and browsers. There are many people in Hay who are here because of him. We all owe him the easygoing, happy spirit of the town. 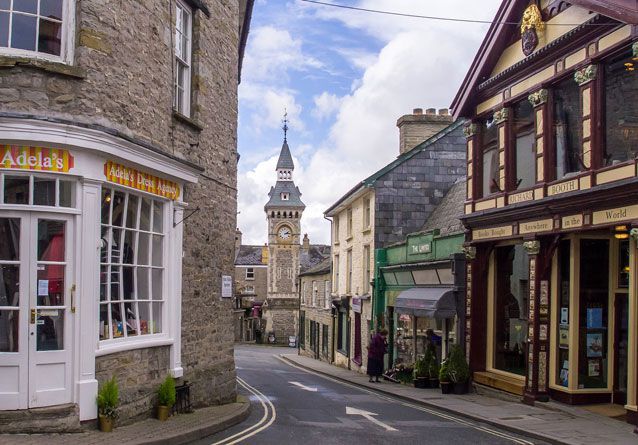 “There was a time in the ’70s and ’80s when he was a tremendously charismatic, visionary entrepreneur who had great fun. He was a book man, and he loved a good deal, but I always thought he wasn’t really in it for money; he was in it for the craic, for the party and the good times. And everybody treasures that image of him now.

2 Responses to Goodbye King of the Book Towns