Before the Law stands a doorkeeper 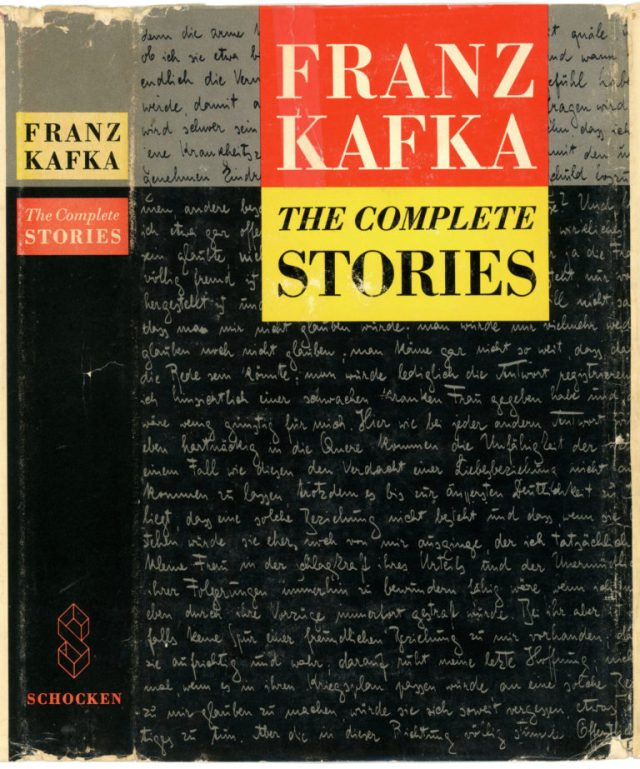 Since the gate stands open, as usual, and the doorkeeper steps to one side,
the man stoops to peer through the gateway into the interior.
Observing that, the doorkeeper laughs and says:
“If you are so drawn to it, just try to go in despite of my veto.
But take note: I am powerful.
And I am only the least of the doorkeepers.
From hall to hall there is one doorkeeper after another, each more powerful than the last.
The third doorkeeper is already so terrible that even I cannot bear to look at him.”

These are difficulties the man from the country has not expected;
the Law, he thinks, should surely be accessible at all times and to everyone,
but as he now takes a closer look at the doorkeeper in the far corner,
with his big sharp nose and long, thin, black Tartar beard,
he decides that it is better to wait until he gains permission to enter.

The doorkeeper gives him a stool and lets him sit down at one side of the door.
There he sits for days and years.
He makes many attempts to be admitted, and wearies the doorkeeper by his importunity.
He doorkeeper frequently has little interviews with him,
asking him questions about his home and many other things,
but the questions are put indifferently,
as great lords put them, and always finish with the statement that he cannot be let in yet.

The man, who has furnished himself with many things for his journey,
sacrifices all he has, however valuable, to bribe the doorkeeper.
The doorkeeper accepts everything, but always with the remark:
“I am only taking it to keep you from thinking you have omitted anything.”
During these many years the man fixes his attention almost continuously on the doorkeeper.
He forgets the other doorkeepers,
and this first one seems to him the sole obstacle preventing access to the Law.
He curses his bad luck;
in his early years boldly and loudly;
later, as he grows old, he only grumbles to himself.
He becomes childish,
and since in his yearlong contemplation of the doorkeeper
he has come to know even the fleas in his fur collar,
he begs the fleas as well to help him and to change to doorkeeper’s mind.

At length his eyesight begins to fail,
and he does not know whether the world is really darker or whether his eyes are only deceiving him.
Yet in his darkness he is now aware of a radiance
that streams inextinguishably from the gateway of the Law.
Now he has not very long to live.
Before he dies, all his experiences in these long years gather themselves in his head to one point,
a question he has not yet asked the doorkeeper.

He waves him nearer, since he can no longer raise his stiffening body.
The doorkeeper has to bend low toward him,
for the difference in height between them has altered much to the man’s disadvantage.
“What do you want to know now?” asks the doorkeeper; “you are insatiable.”
“Everyone strives to reach the Law,” says the man,
“so how does it happen that for all these many years no one buy myself has ever begged for admittance?”

The doorkeeper recognizes that the man has reached his end,
and, to let his failing senses catch the words, roars in his ear:
“No one else could ever be admitted here, since this gate was made only for you.
I am now going to shut it.”