The atlas is organized through a geographic coordinates system. The longitudinal coordinates, which run West to East, W 180° to E 180°, are used as page numbers.
Since Duluth, Minnesota is Bob Dylan’s birthplace the book begins with the longitude coordinates of this city, W 92°. From there the book goes around the world once, from west to east, going over every degree like a scanner and collecting all places located there. In addition to the database, maps show all the places mentioned in the book, as well as the locations of all the venues for Dylan’s ongoing Never Ending Tour. 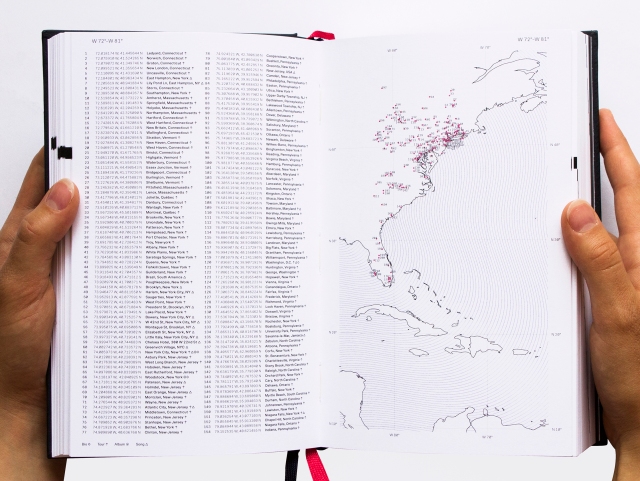