Bring Your Own Popcorn 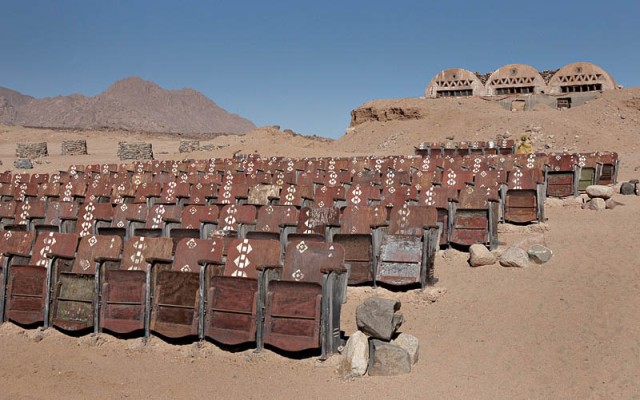 On the southern tip of the Sinai Peninsula, just outside of the Egyptian resort town of Sharm el-Sheikh, hidden at the base of a desert mountain range, sits an odd sight : hundreds of seats for an outdoor movie theater. Award-winning Estonian photographer Kaupo Kikkas recently visited the stark location and brought back these emotive images of a desiccated dream. The abandoned theater was built by a man from France with more money than common sense. The theater seats and a generator were trucked in from Cairo, along with an enormous movie screen.

The scene was set for a grand cinema opening until someone decided to destroy the generator. No films were ever shown and the desert theater is a forlorn relic of hubris. 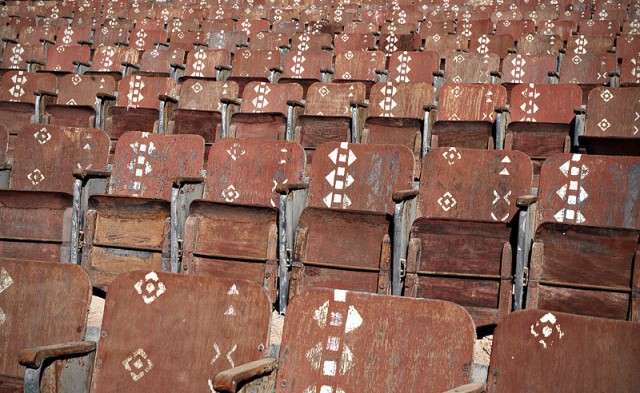 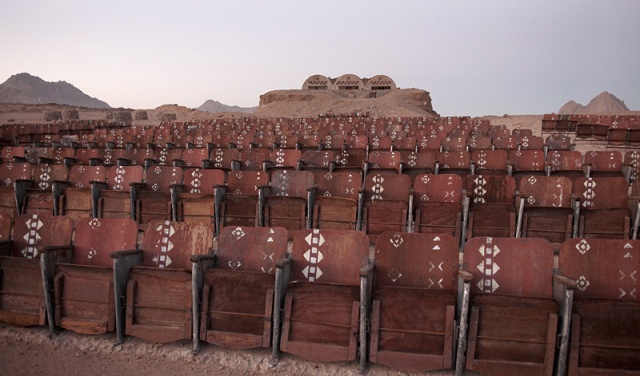 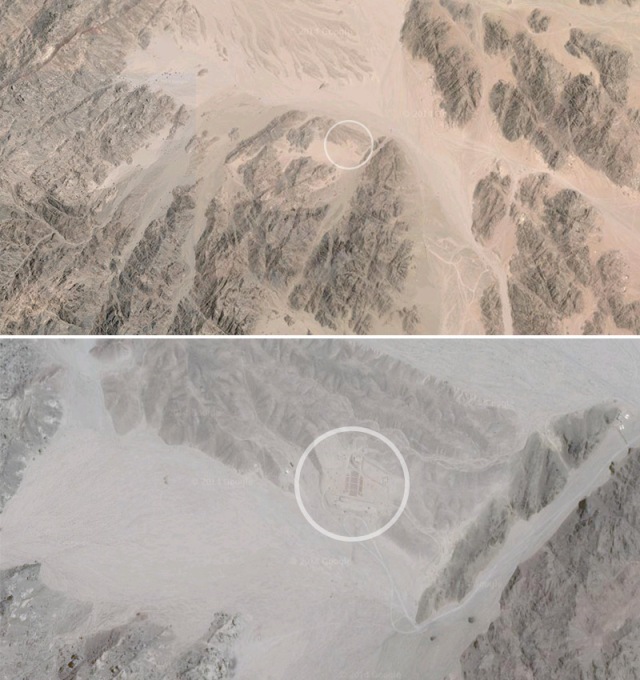 2 Responses to Bring Your Own Popcorn