Inspired by the work of the US artist Jenny Holzer, who pioneered compressed texts and slogans she coined “truisms,” Canadian writer and artist Douglas Coupland has created a series of billboards that can now be seen along the Arbutus Greenway, Vancouver’s  version of NYC’s High Line. The slogans on the boards are Holzer-esque quotes such as : Doing Nothing is Very Different from Having Nothing to Do, Everybody on Earth Is Feeling the Same Way, and Hoard Anything You Can’t Download. 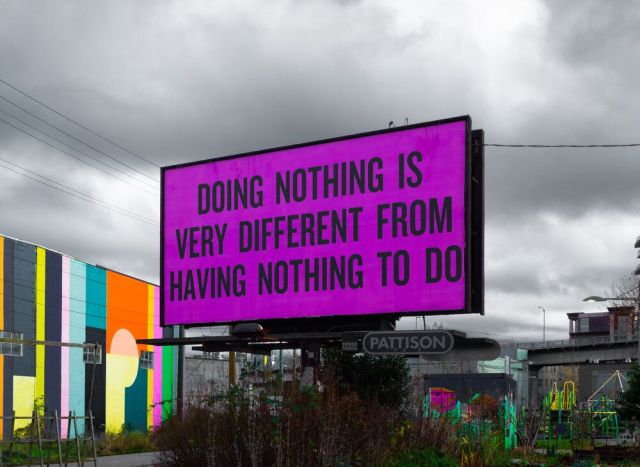 A series of prophetic slogans was first conceived by Coupland in 2011, but are ironically fitting for these pandemic times. Enforced Leisure Time is Neither proclaims itself on  a bold red background in front of an apartment complex. Doing Nothing is Very Different from Having Nothing to Do shouts loudly on a bright fuchsia background billboard. Everybody on Earth Is Feeling the Same Way As You was amazingly prescient. 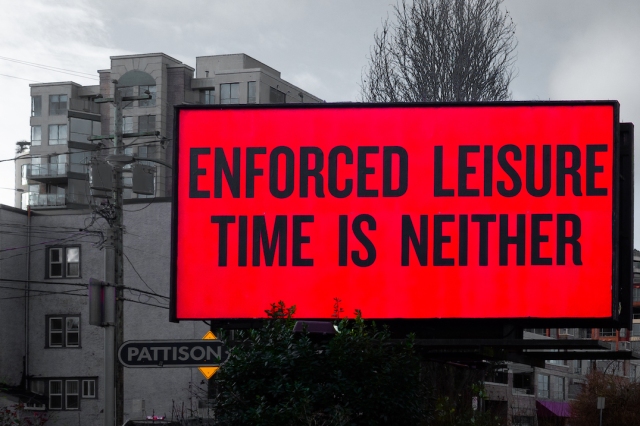