Bad Bunnies or the World Turned Upside Down 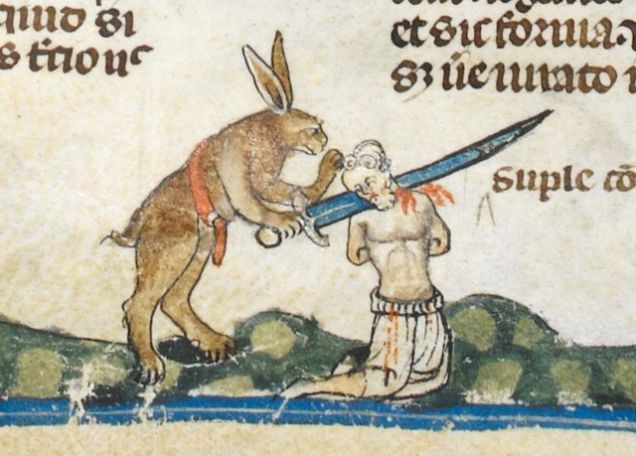 I have long been intrigued by the variety of marginalia found in medieval European manuscripts. While it’s not uncommon to discover colorful and playful images of mythical creatures, dogs, cats, snakes, snails, or sexualized caricatures or people, I only recently learned about the use of out of control rabbits in marginalia. Although rabbits and hares originally symbolized innocence, at some point the script was flipped and images began to appear of bunnies as violent aggressors. 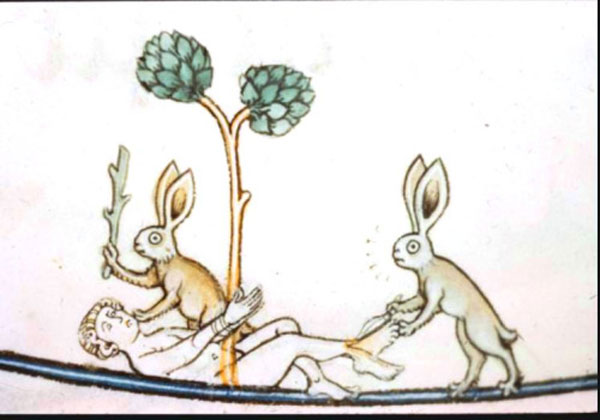 By far the most universal explanation for the roles rabbits play in these marginalia is that it is a typical medieval trope of role-reversal used for humour. The mond renversé show animals that were hunted for food and skins turning the tables on people and other predators. 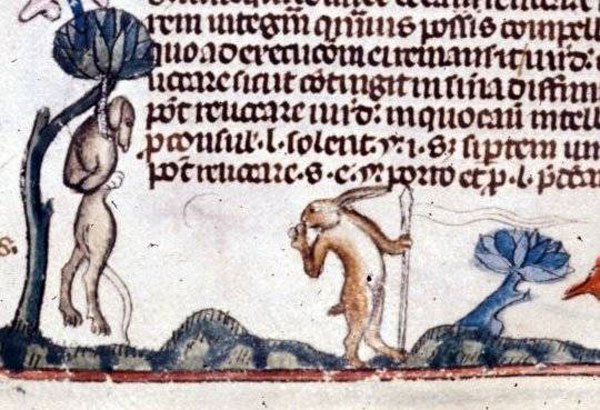