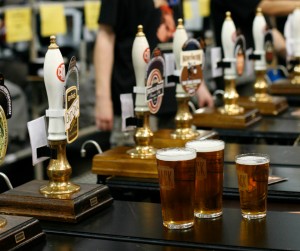 The Great British Beer Festival kicks off today and stretches across a good part of the week till August 7th at the Earl’s Court Exhibition Centre.

Hosted by the Campaign for Real Ale, the event will give those who enjoy a pint plenty of opportunity to sample various varieties of beers.

Visitors will be spoilt for choice at the festival which boasts of 500 brands of beer, ranging from local names to international ones. Alongside the beers, ales, ciders and perries will also be on offer for those who don’t quite take to the bitter or the lagers. This year will see the first appearance of many microbrews and craft breweries from the US.

Also on the cards will be beer tasting tutorials aimed at giving novices as well as pros an insight into the wonderful world of beer brewing. The prices for beers are based around the average price of a beer in London and also depend on how much CAMRA has to pay the brewery to purchase the beers. Usually, the stronger the beer, the more expensive it is. It’s also possible to sample 1/3 pints of most beers for under £1.

Pubs will be playing host to number of live entertainment acts and allow revelers to dip into a snack or two while offering plenty of opportunities for a friendly round of games.

This entry was posted in Europe, Tourism and tagged Beer, Britain, Festivals. Bookmark the permalink.