In one of my frequent sojourns down the rabbit-hole of the internet, I stumbled on these wonderful 19th century railway maps. The map above was created by Joseph Beers in 1884 to depict the railroads of the Austro-Hungarian Empire. His map cleverly used colors to differentiate between the railway companies. 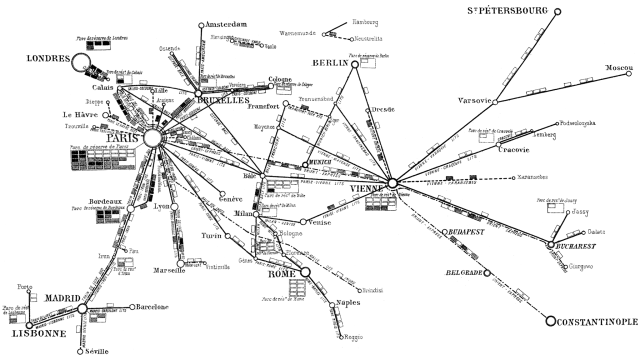