These two books were printed at the historic Aldine Press in Venice. Founded by Aldus Manutius in 1495, it was among the most prominent and successful printing houses of the time. These works date from the early 1500s and feature the iconic dolphin and anchor printer’s device. Manutius was also the first to use Italic type, which can be seen here on the title page of one of these works. 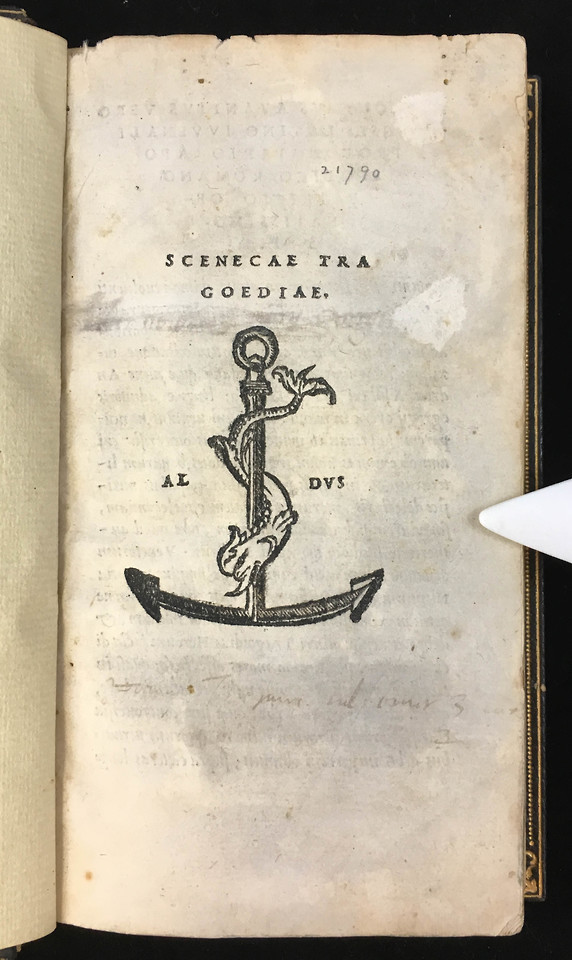 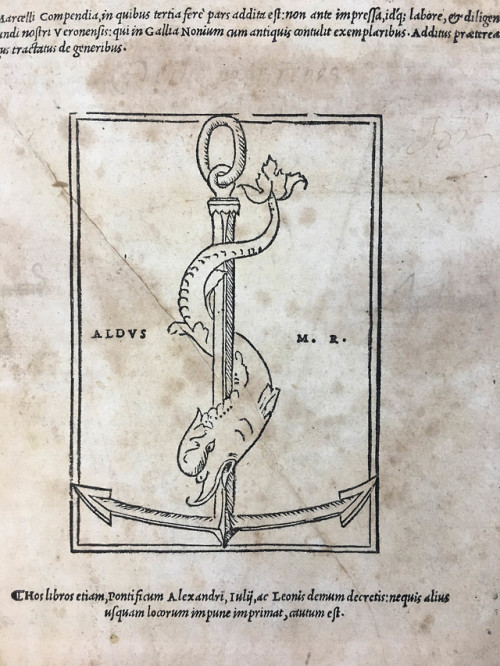 This entry was posted in Books, Europe, History and tagged Fonts, Publishing and Printing, Typeface, Venice. Bookmark the permalink.