In the holiday spirit, here’s the pop-up book Chanukah Lights, published by Candlewick Press in 2011, with a text by Michael J. Rosen, illustration and paper engineering by Robert Sabuda, and additional design work by Simon Arizpe and Shelby Arnold, explores the eight day Jewish “festival of lights”. 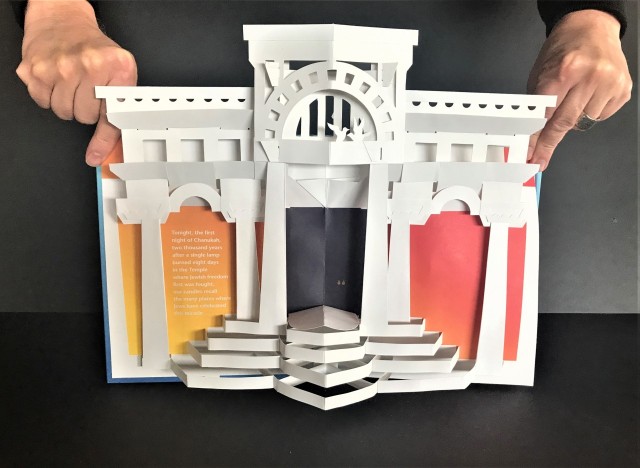 The book presents “eights scenes that, like the flame of the shamash candle, illuminate places and times where Jews have celebrated” the rededication of the Second Temple in Jerusalem and the miracle of the lamp therein: the Temple in Jerusalem; a desert encampment; the hold of a refugee ship; Jewish settlements around the world; a shtetl in the shadow of imperial Russia; an early 20th-century American tenement; an Israeli kibbutz; “and a spectacular final scene in which city skyscrapers become menorahs that call upon the stars to be their flames. In each window into history, the Hanukah lights reflect freedom’s promise, hope rekindled amid oppression, and the unflagging faith mirrored in the eyes of all who gather for this Festival of Lights.” 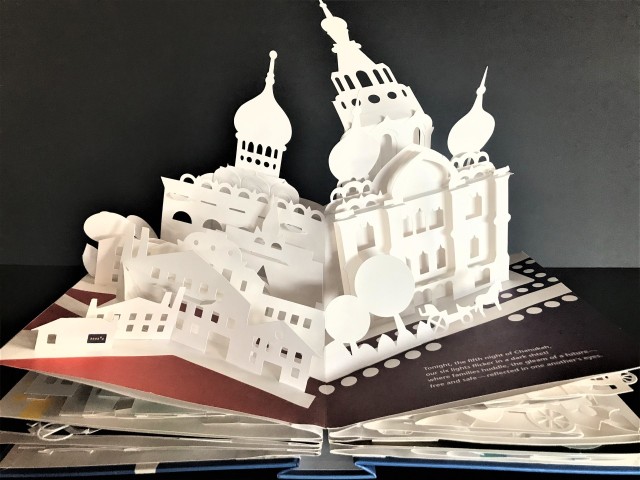 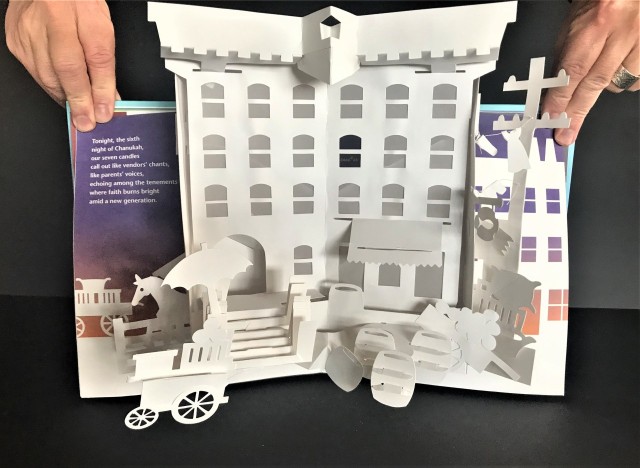 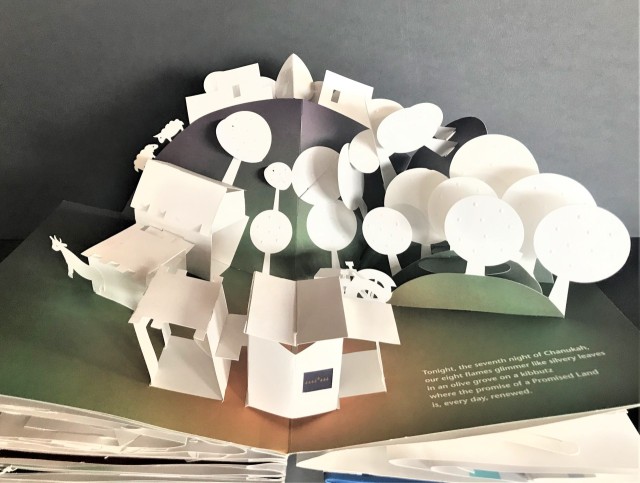