On this day in 1890, New York City police cleared a path through a cheering throng for reporter Nellie Bly as she stepped off a train just 72 days, 6 hours, 11 minutes, and 14 seconds after setting sail east to prove she could circle the globe in less than 80 days.

Bly, born Elizabeth Cochrane, challenged the fictional record of Phileas T. Fogg, hero of Jules Verne’s Around the World in Eighty Days, at the suggestion of her employer, the New York World. As Bly traveled via ship, train, jinricksha, sampan, horse, and burro, the World carried daily articles about her journey and offered a trip to Europe to the person who could come closest to guessing her finish time. The paper received nearly 1,000,000 entries and circulation boomed.

No stranger to fame, the daring Miss Bly had already made a name for herself by exposing the deplorable conditions of an insane asylum on New York’s Blackwell’s Island. Bly researched the story by feigning insanity and having herself committed for ten days. Her exposé on the asylum and later reports on slum life brought about needed reforms and helped pave the way for women in journalism. 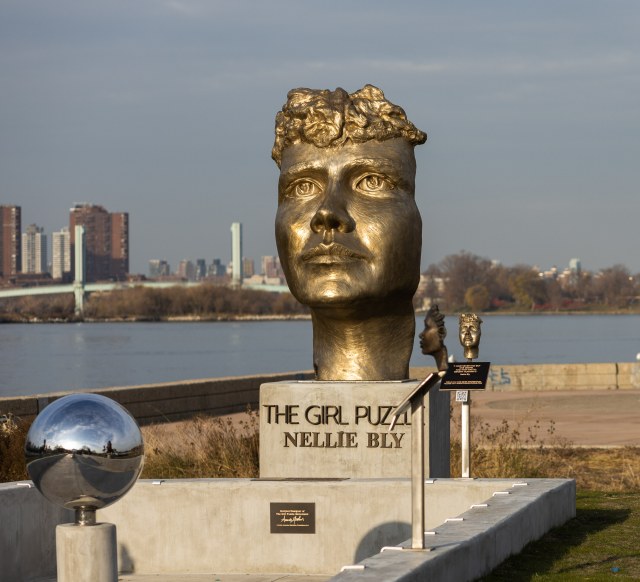