Great Idea, But What About The Fines ? 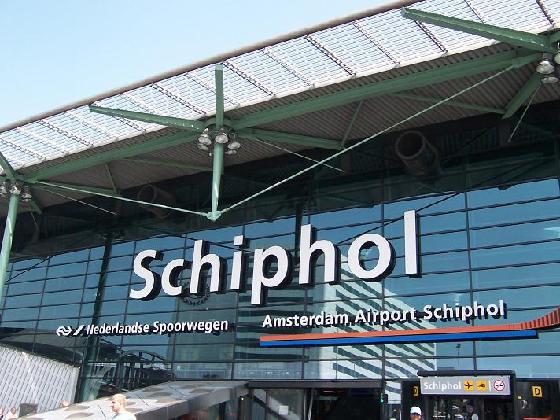 Having spent many hours waiting for flights at Amsterdam’s Schiphol Airport, I was pleased to hear about the recent launch of the brilliant airport library on the Holland Boulevard.

Princess Laurentien of the Netherlands officially opened the Airport Library on Holland Boulevard. The library, which offers literature, music and films, is a joint initiative by Amsterdam Airport Schiphol and the Dutch Public Libraries. The Airport Library is the world’s first library opened at an airport, and Amsterdam Airport Schiphol the first airport where passengers can read books in 29 different languages, listen to music, watch films and download these free of charge.
The Airport Library’s content derives from the collection of the Dutch Public Libraries and has a singular offering of Dutch literature. The Airport Library can be found after passport control on Holland Boulevard, the connecting passageway between Piers E and F, which has been modernized and extended. Holland Boulevard is open daily one and a half hours before the first flight departs and closes 30 minutes after the last flight departs.

In order to create an ambience where passengers can feel at home, “living rooms” have been developed on Holland Boulevard — cozy spaces featuring fireplaces, television sets and even a piano, providing a spot to sit back and relax, with both young and old in mind. There’s even a Babycare Lounge that caters to infant needs. At KidsForest, younger children can play in tree huts, on climbing frames and slides.
Passengers have the opportunity to view original Dutch master paintings at no charge in the Rijksmuseum Schiphol and to make purchases at a contemporary Dutch Design outlet. There’s also a chocolate outlet with authentic chocolates produced by Van Wely chocolatiers, an Aviflora flower shop, a new look Holland Casino, Back to Life on-chair massages and Great Amsterdam Excursions where travelers can book a trip to Amsterdam. For more information, visit www.schiphol.com/hollandboulevard  .