The Harlem Book Fair is coming to Newark, New Jersey for the first time and celebrating two days of literary-filled events next week. Newark Mayor Cory Booker and city leaders kicked off the “2012 as Year of Newark Literacy” campaign earlier this month from the Newark Public Library, coinciding with National Library Week. 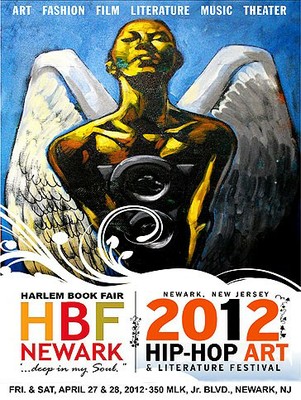 Started in 1998, the Harlem Book Fair is billed as a large-scale, multi-cultural literary festival that has graced cities like Boston, Atlanta, Philadelphia and New York. Organizers expect the event, taking place April 27 and April 28, to draw thousands of attendees along with more tha 100 exhibitors.

Founder Max Rodriguez described the Harlem Book Fair as an “outdoor book party.” The book fair is free to the public and will be held at Rutgers-Newark at the Paul Robeson Center and the outdoor plaza.

The theme of this year’s book fair is “Let Us Read” and according to Rodriguez, publisher of “QBR The Black Book Review” based in New York, there will be a little bit of something to interest every reader. Just a few of the events on schedule include: “Art to Books”, an exhibition on book illustrators; a Hip-Hop Literature exhibit; screenings of literary films; and a huge secondhand book sale.

On Friday, April 27, events start at 10 a.m. and go until 3 p.m. and include a Young Reader’s Pavilion which focuses on children’s and young adult literature.