We have all seen the horrible pollution that has been accumulating in waterways and on beaches around the world. Well, the brilliant Washed Ashore project in Bandon, Oregon on the shore of the Pacific Ocean is doing something about it and simultaneously working to raise awareness about the dangers to our marine environment.

Under the direction of lead artist Angela Haseltine Pozzi, Washed Ashore has organized thousands of volunteers who have collected more than 17 tons of plastic debris from beaches. Some of the trash, which is 90% petroleum-based plastic, has been transformed into colorful sculptures of marine creatures. 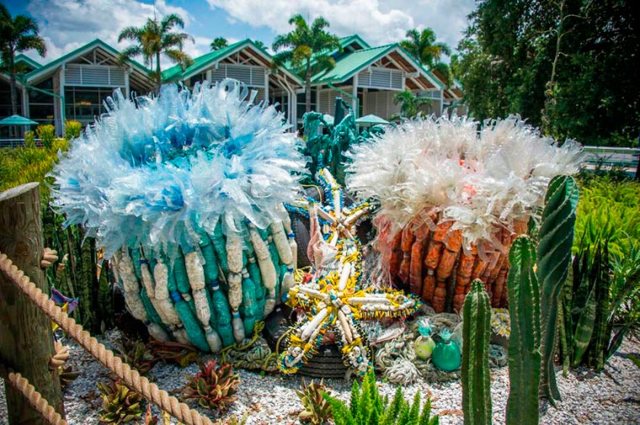 The non-profit community organization takes the art work on the road for awareness raising exhibits on pollution in aquatic environments. Along with stops around the Pacific Northwest, Washed Ashore has brought the travel show to far-flung corners of the U.S. as far away as Florida and Texas. This year, the exhibition will be featured at the National Zoological Park in Washington, D.C..

Visit the project’s website to learn more and possibly make a donation. 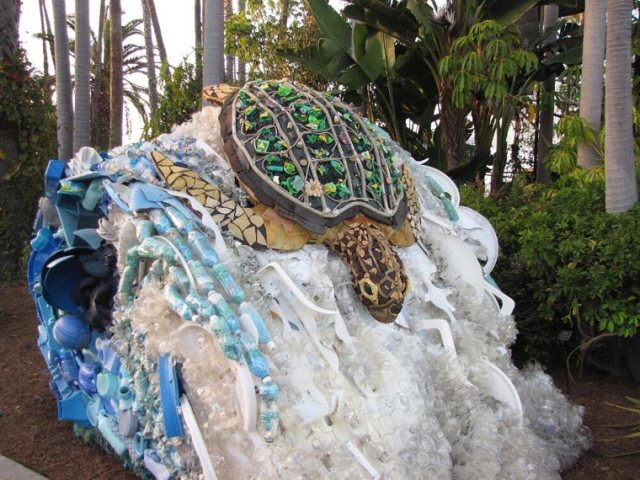