Thanks to the British Library, bibliophiles and map geeks can now view the second largest atlas in the world online. The colossal book was a gift from Dutch merchant Johannes Klencke in 1660 to King Charles II of Great Britain. The massive 7.6 foot by 5.8 foot atlas contains 41 maps created by leading 17th century Dutch cartographers, covering most of the then known world. Its maps of Europe, Asia, and the Middle East were originally intended to be removed and wall mounted.

The British Library recently completed a painstaking digitization of the atlas, which can be seen online at this website. 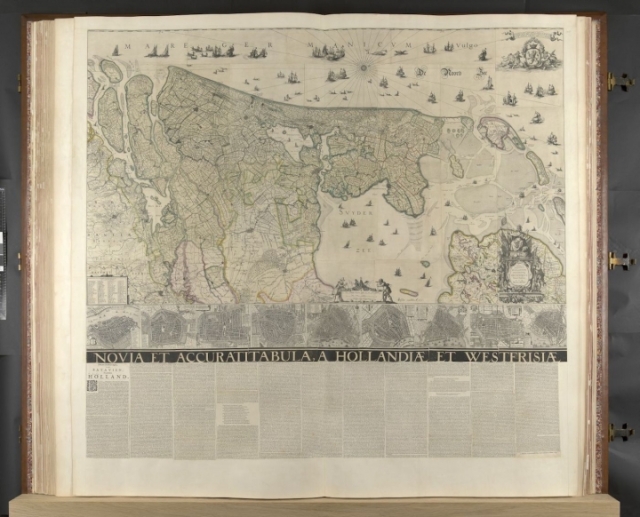 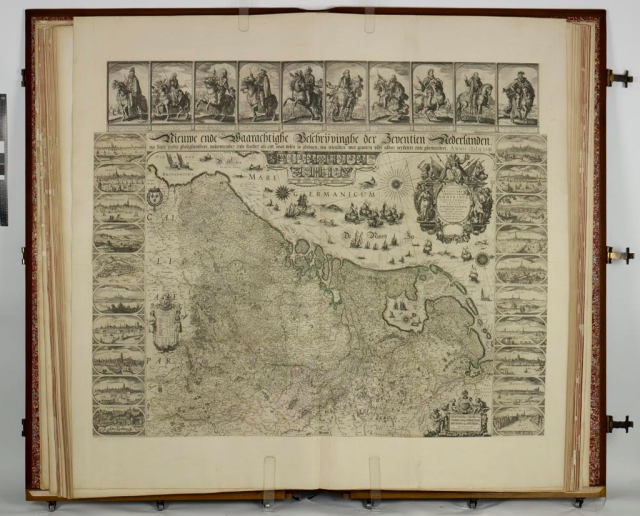 By the way, the British Library claims to own the biggest atlas in the world as well. The Earth Platinum Atlas is 60cm larger than the Klencke.