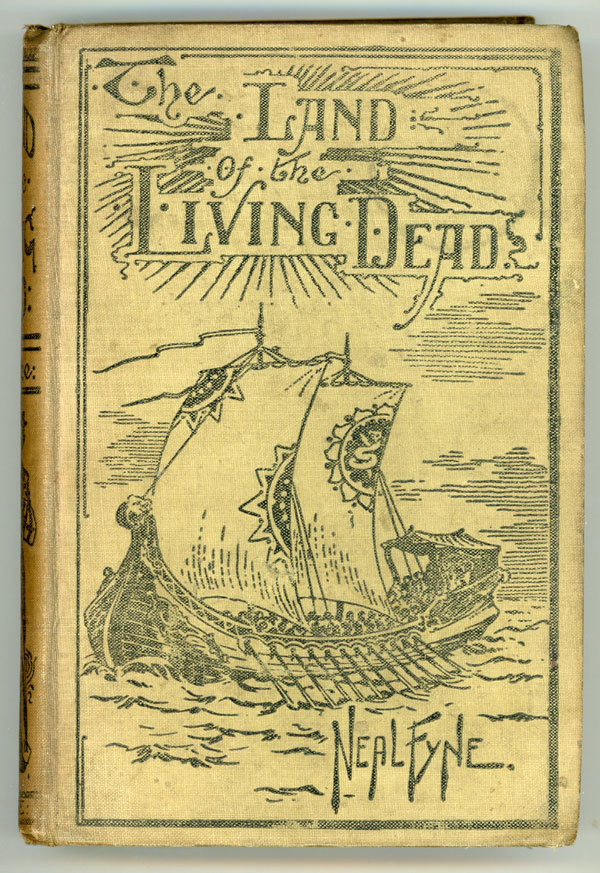 The Land of the Living Dead: a Narrative of the Perilous Sojourn therein of George Cowper, Mariner, in the Year 1835. Neal Fyne. London: Henry J. Drane, n.d. [1897]. Illustrations by E. A. Holloway. First edition.

Fantastic adventure fiction. Castaways on uncharted island fall under seemingly supernatural power of life and death held by the Mighty Justin, Lord of the Land of the Living Dead. In fact, the island is permeated by deadly volcanic gas for which Justin alone possesses an antidote that is administered only to loyal subjects.

This entry was posted in Books, USA and tagged English Literature. Bookmark the permalink.