It’s still Constantinople to me

As is often the case in the antiquarian book trade, we can search for a title for weeks with no avail and then years later stumble across a copy when we are not even looking. Many years ago I had a client who collected early travel books on Constantinople—only before it became Istanbul. He was primarily interested in travel narratives with illustrations in English and French. One of the books that he always hoped to find was The Beauties of the Bosphorus written by Julia Pardoe and published in 1838 by George Virtue, London. Needless to say, I never found a copy of the title. But earlier this week I stumbled upon a university library blog post about the chance discovery of  a first edition of the title in the stacks. 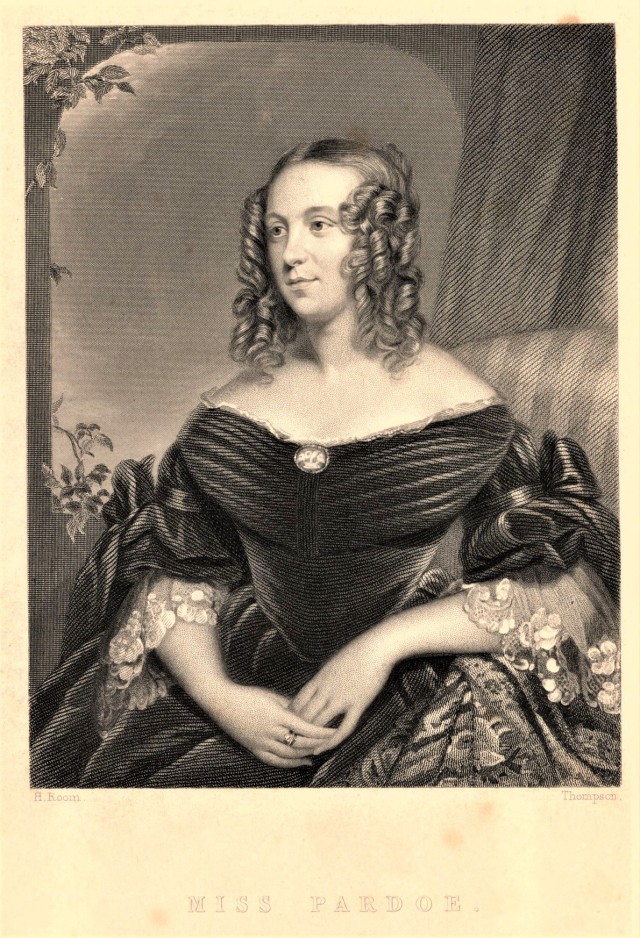 The Beauties of the Bosphorus, contains dozens of illustrations by the English traveler and artist William Henry Bartlett, engraved in steel for this edition. The text is written by the prolific Julia Pardoe  who was an English poet, novelist, and traveler, whose work drew extensively on her travel experience. In 1835 she traveled to Turkey with her father, and soon after came a series of publications inspired by that experience: The City of the Sultan and Domestic Manners of the Turks in 1837;  The Beauties of the Bosphorus in 1838; Romance of the Harem in 1839.  Beauties of the Bosphorus was published by George Virtue, a London publisher especially well known for his travel literature and his production of steel-plate engravings, and printed by Richard Clay. The frontispiece portrait of Pardoe is by the English portrait painter Henry Room, engraved in steel by James Thomson.

Obviously the book is not for sale, but it’s nice to know that there are still copies out there to be seen. 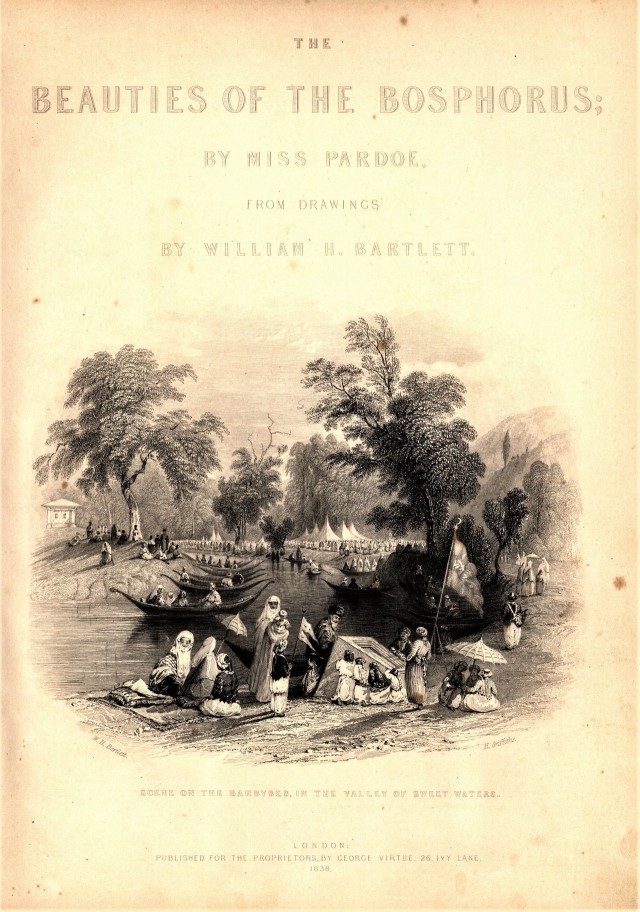 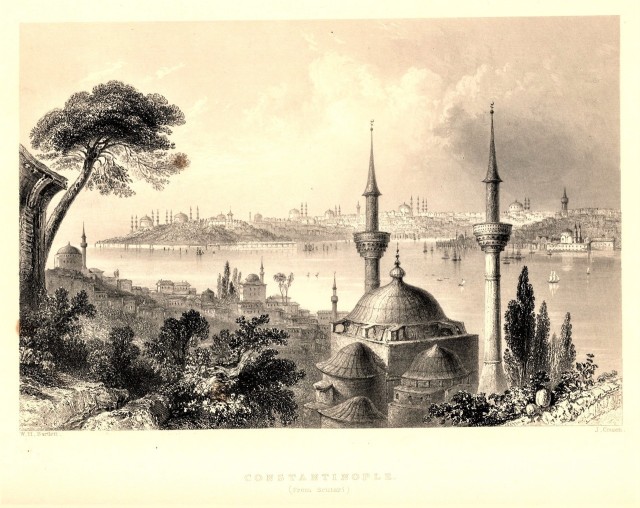 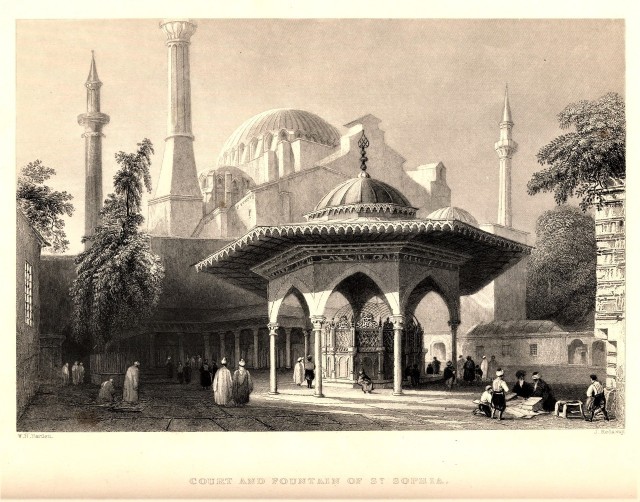 1 Response to It’s still Constantinople to me