Here is copy number 55 of the first edition of Edison’s Conquest of Mars by Garrett P. Serviss. There were only 1,500 copies in the first edition, and only 1,450 of those were offered for general distribution. Serviss, an astronomer, wrote Conquest in 1898; It was published serially in the New York Journal. This edition was published in 1947, and is the first time the entire serial publication appeared in one volume. The protagonist of Conquest is Thomas Edison, who leads a group of scientists attempting to defend earth against martians. The fantastic cover was done by Russell Swanson, and the equally captivating interior illustrations by Bernard Manley Jr. This is a terrific piece of science fiction history. 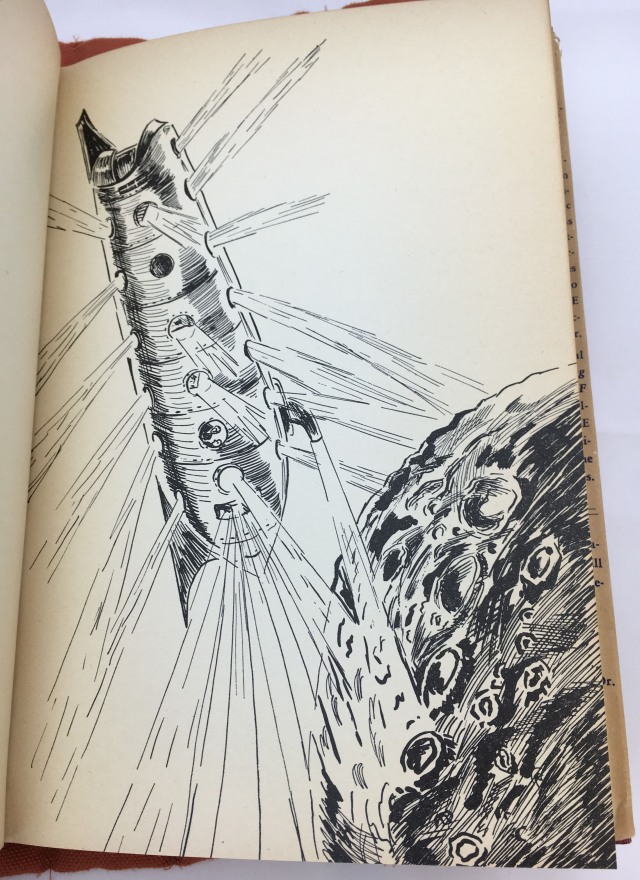