The infographic below was created by Alberto Lucas Lopez  and it manages to condense the 7,102 known living languages today into a visualization, with individual colors representing each world region.

Only 23 languages are spoken by at least 50 million native speakers. What’s more, over half the planet speaks at least one of these 23 languages.

After Chinese, the languages of Spanish and English sit in second and third place in terms of global popularity. The rapid proliferation of these languages can be traced back to the history of Spanish conquistadors in the Americas, and British colonies around the world. 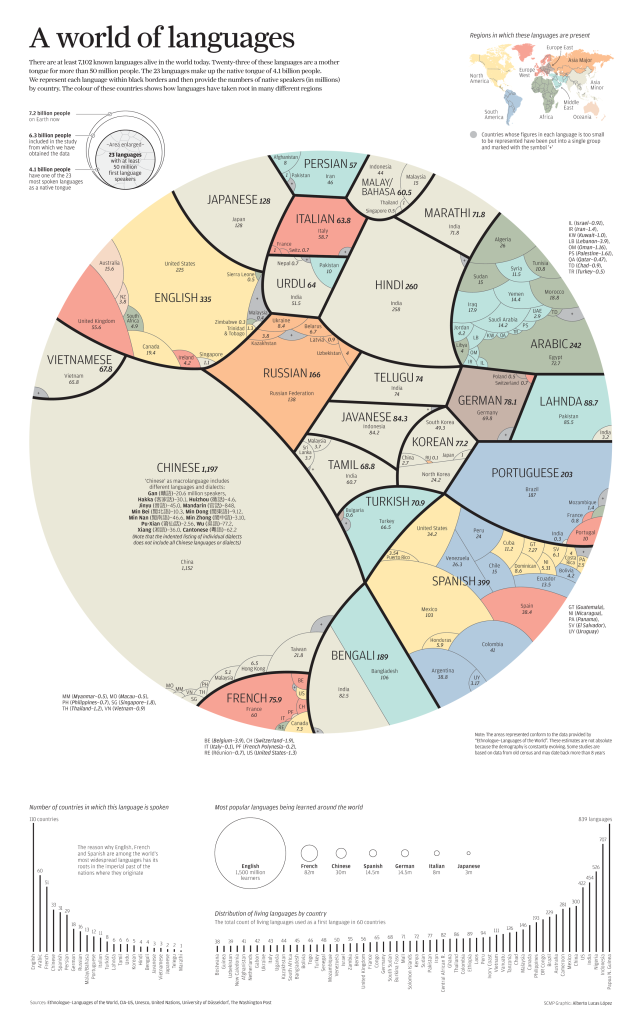 This entry was posted in Art, Writing and tagged infographics, language. Bookmark the permalink.

1 Response to Tower of Babel