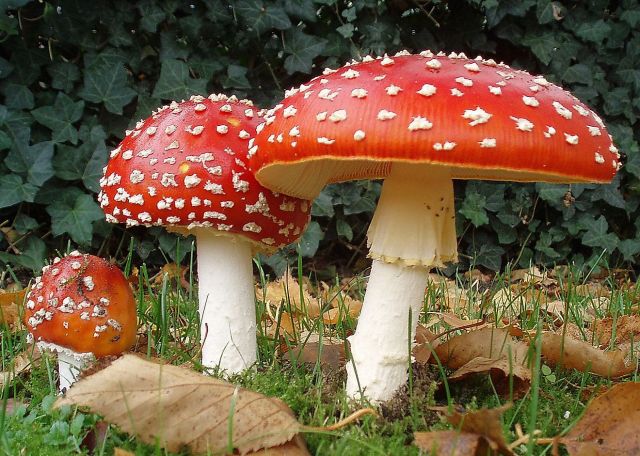 I was deeply moved by the wonderful animated video below of “The Mushroom Hunters” by Neil Gaiman, read by Amanda Palmer with music by Jherek Bischoof.

Science, as you know, my little one, is the study
of the nature and behaviour of the universe.
It’s based on observation, on experiment, and measurement,
and the formulation of laws to describe the facts revealed.

In the old times, they say, the men came already fitted with brains
designed to follow flesh-beasts at a run,
to hurdle blindly into the unknown,
and then to find their way back home when lost
with a slain antelope to carry between them.
Or, on bad hunting days, nothing.

The women, who did not need to run down prey,
had brains that spotted landmarks and made paths between them
left at the thorn bush and across the scree
and look down in the bole of the half-fallen tree,
because sometimes there are mushrooms.

Before the flint club, or flint butcher’s tools,
The first tool of all was a sling for the baby
to keep our hands free
and something to put the berries and the mushrooms in,
the roots and the good leaves, the seeds and the crawlers.
Then a flint pestle to smash, to crush, to grind or break.

And sometimes men chased the beasts
into the deep woods,
and never came back.

Some mushrooms will kill you,
while some will show you gods
and some will feed the hunger in our bellies. Identify.
Others will kill us if we eat them raw,
and kill us again if we cook them once,
but if we boil them up in spring water, and pour the water away,
and then boil them once more, and pour the water away,
only then can we eat them safely. Observe.

Observe childbirth, measure the swell of bellies and the shape of breasts,
and through experience discover how to bring babies safely into the world.

And the mushroom hunters walk the ways they walk
and watch the world, and see what they observe.
And some of them would thrive and lick their lips,
While others clutched their stomachs and expired.
So laws are made and handed down on what is safe. Formulate.

The tools we make to build our lives:
our clothes, our food, our path home…
all these things we base on observation,
on experiment, on measurement, on truth.

And science, you remember, is the study
of the nature and behaviour of the universe,
based on observation, experiment, and measurement,
and the formulation of laws to describe these facts.

The race continues. An early scientist
drew beasts upon the walls of caves
to show her children, now all fat on mushrooms
and on berries, what would be safe to hunt.

The men go running on after beasts.

The scientists walk more slowly, over to the brow of the hill
and down to the water’s edge and past the place where the red clay runs.
They are carrying their babies in the slings they made,
freeing their hands to pick the mushrooms.

3 Responses to Observe Everything