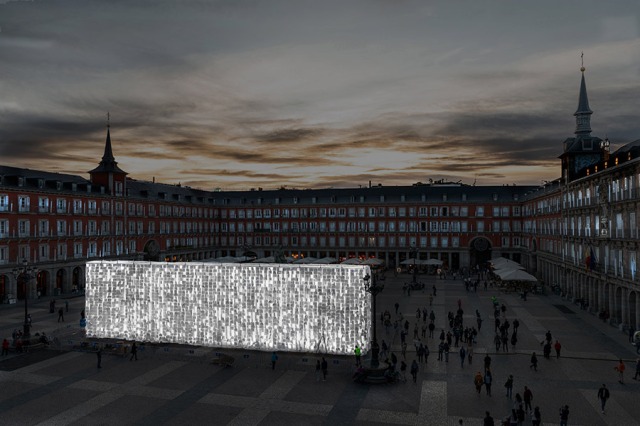 Regular visitors to TBTP know that I am a huge admirer of the Spanish street art collective known as Luz Interruptus. They recently completed this extraordinary installation for the first International Festival of Light at the beautiful Plaza Mayor in the heart of Madrid.

La Vida Continua Entre Hojas Blancas is centered on 4,000 notebooks, 2,000 of the notebooks were distributed among Municipal Senior Centers in the city so that senior citizens could express on the pages their hopes, fears, and reflections during the lockdown. The remaining 2,000 blank notebooks were added to the display for visitors at the Festival Internacional de Luz de Madrid to add their own thoughts and feelings.

Here’s what Luz Interruptus had to say about the project:

“They told us their stories with uncanny detail and others drew as well, in some cases showing great talent. With their letters, poems, accounts, words, images, and scribbles, a large panel of lighted memory was erected. Writing sessions were organized which turned into a time of reunion. Therapists, instructors, technicians and directors were also present to help materialize their accounts. People with disabilities and their caregivers participated as well.”

The results are probably moving, possibly mundane, and at some point, profoundly moist – thanks to a surprise rainstorm of intensity and duration that transformed many of the pages into objects far less geometric than the crisp flurry of quadrilateral finesse they began as. “The pages had acquired a more sculptural compact appearance,” on artist tells us, “so that the wind could not do its job and the sound of the pages could not be heard.” 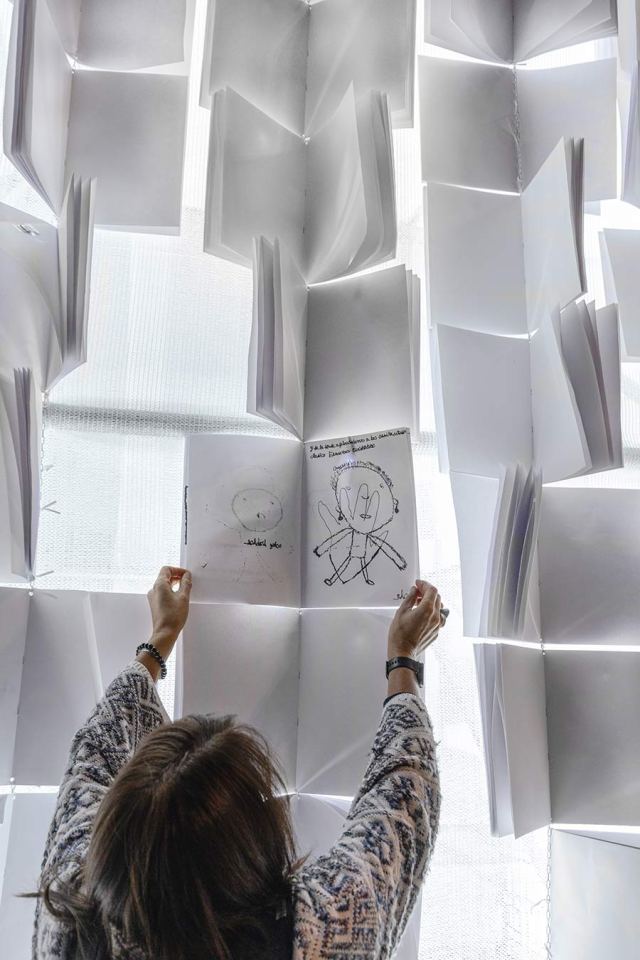 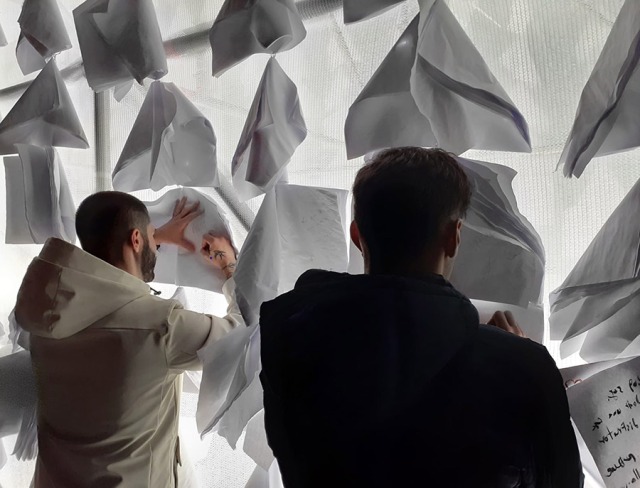