Europe: the Glories of the Rails 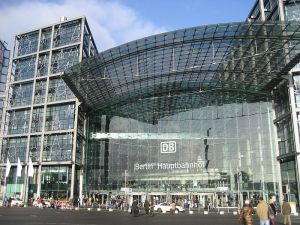 Next month’s issue of National Geographic Traveler has two charming, short articles on the joys of European rail travel that have me longing for the days when I could spend the Summer on the rails with a backpack and a three month Eurailpass.

Essayist Bruce Selcraig revels in the glories of the European rail services and extols the wonderful efficiency, civility and comfort of Continental trains. And, as Selcraig points out, “train stations are dramatically happier places than airports”, where we train nuts “worship the European train culture and think that its finest cathedrals, say Antwerpen Centraal or Milan’s massive Stazione Centrale to be just as spiritual as Notre Dame”.

The issue’s second paean to European train travel is Randall Duckett’s take on “The Top Ten Trains, Our Pick Of The Best Rail Experiences In Europe”. I was pleased to see that he included some of my favorite rail journeys, including the Chur, Switzerland to Tirano, Italy run through the Graübunden Alps on the Bernina Line. It brought back found memories of stops along the route to hike the Morterasch Glacier valley and a side trip up to the top of Piz Bernina, which at 13,284 feet is the highest peak in the Eastern Alps. I was dead chuffed that he neglected to mention the little villages of the Albula Pass, where I spent idyllic August days camping and hiking; too many travelers know about the area already. Please forget that I brought it up.

Duckett also covered one of the best short train trips in the world, the little Myrdal to Flam excursion in Western Norway. This detour off of the main Oslo-Bergen rail line is de rigueur for any true railway aficionado. The Flam Railway covers just 12 miles, and descends nearly 3,000 feet, on a steeper route than any other non-cog, normal gauge railroad in the world. The spectacular trip takes about an hour to descend from the Myrdal Plateau to the jaw-dropping beauty of the tiny village of Flam on the shores of the Aurlandsfjord. Along the way, the train traverses twenty tunnels and passes plunging waterfalls.

I won’t quibble with his other eight choices, except possibly the Montreux to Broc, Switzerland run. Granted, it’s gorgeous (and there’s lovely medieval Gruyères along the route),but I would have chosen the Glacier Express run from Zermatt to St. Moritz, or maybe the Lucerne to Interlaken route though gorgeous Brienz, or maybe the stunning Samedan to Scoul-Tarasp route via Zernez, or maybe…Well in Switzerland they’re almost all top ten trips.

So, what are your votes for top ten European rail trips? How about Edinburgh to Skye via the Highlands? Or, Pisa to Genoa by way of the heavenly Cinque Terre?

4 Responses to Europe: the Glories of the Rails