I paid my dues as a flea market bookseller, but the random gallimaufry of book shelves, boxes and tables of my book stall pales when I see the brilliance of Jeff Towns’ traveling “BookBus”. Officially called Dylan’s Mobile Bookstore, the bookmobile turns up at markets, festivals and cultural events throughout Wales and England. The name stems from Towns’ other role as the resident Dylan Thomas expert in the village of Newton, Wales, just southwest of Swansea on the Swansea Bay.

You can follow the Dylan Mobile on Facebook and learn more about the history of the project, which is rooted in Jeff Towns’ forty plus years as an antiquarian bookseller. 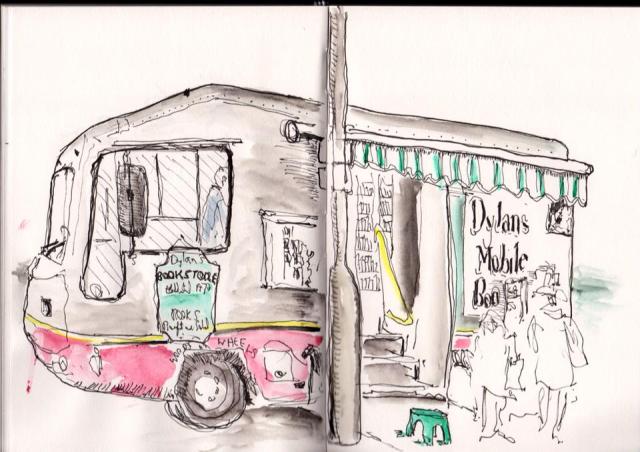 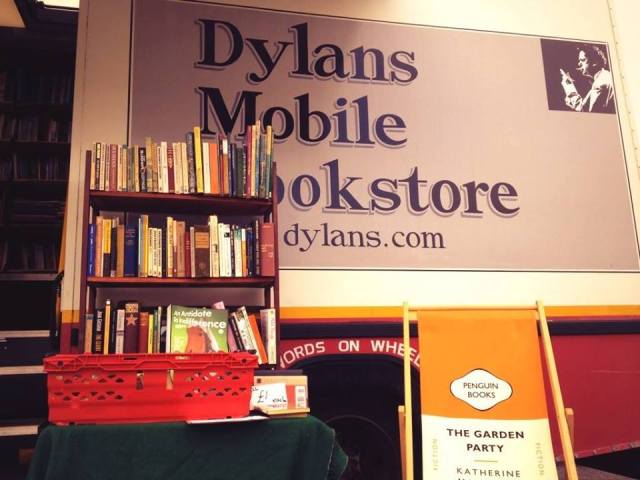