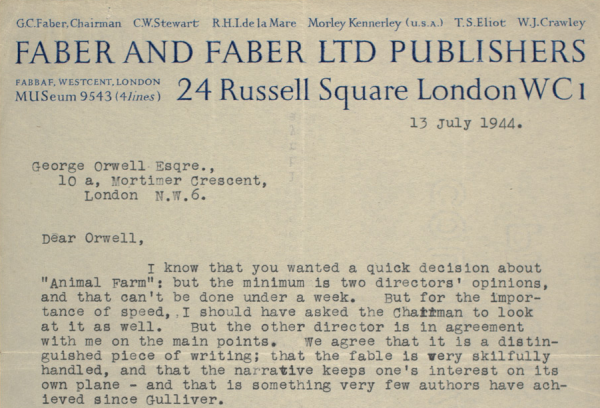 The British Library has just released over 300 literary treasures relating to 20th century writers available online for the first time. The amazing collection includes literary drafts, rare first editions, notebooks, letters, diaries, newspapers and photographs from James Joyce, Virginia Woolf, Ted Hughes, George Orwell, and Angela Carter among others. These items, which relate to some of the 20th century’s greatest writers, are available through the Discovering Literature website.

• Virginia Woolf’s manuscript draft of Mrs Dalloway and an early travel notebook in which she begins to explore her ‘stream of consciousness’ technique • George Orwell’s notebook in which he lists ideas for what would become Nineteen Eighty-Four, including “newspeak”, “doublethink” and “two minutes of hate” • Ted Hughes’s manuscript drafts of Birthday Letters • Sylvia Plath’s draft manuscripts of The Bell Jar and extracts from her diary • Angela Carter’s manuscript drafts of Wise Children and The Bloody Chamber • J G Ballard’s manuscript drafts of High-Rise, Crash and Empire of the Sun • A letter from Virginia Woolf to James Joyce’s patron, Harriet Shaw Weaver, declining to print Ulysses • A letter from TS Eliot declining to publish George Orwell’s Animal Farm • A poem in which James Joyce attacks contemporary Irish writers • A letter from Bernard Shaw to Sylvia Beach in which he gives his opinion of Joyce’s Ulysses: “It is a revolting record of a disgusting phase of civilization; but it is a truthful one” • A review by Angela Carter of J G Ballard’s Empire of the Sun 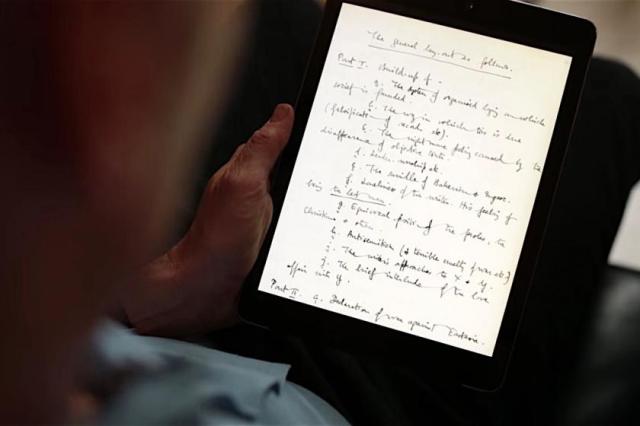 Discovering Literature: 20th Century was created to bring the work of some of the period’s most illustrious writers to life. It also offers over 300 digitized items from the Library collections and over 90 essays written by writers and academics helping to place the works of the 20th century writers in context. The collection on Discovering Literature: 20th Century demonstrates the ways in which important writers of the 20th century rejected inherited traditions and experimented with new forms and themes. Through their notebooks and first drafts, we see their creative processes, innovation, self-doubt, rejection, rebellion and the risks they took on their journey to becoming the literary greats we know today.