The British design studio Dorothy has created a map of the United Kingdom incorporating  the titles of more than 1,400 pop songs. The map places the names of tracks in the precise location that the music references, imagining a musical trip across the nation. Along with specific cities and towns there are elements of the natural landscape, such as rivers, mountains and famous landmarks.

Many of the tunes included on the map have obvious geographical references – such as Sunshine on Leith by The Proclaimers, Newport State of Mind by Goldie Lookin Chain, Sheffield: Sex City by Pulp and Cardiff Afterlife by Manic Street Preachers – while others are more cryptic. For example, Dorothy has placed Farmer’s Daughter by Babyshambles in Glastonbury, while Wonderwall by Oasis sits at Hadrian’s Wall, and David Bowie’s Scary Monsters and Super Creeps hovers over Loch Ness. 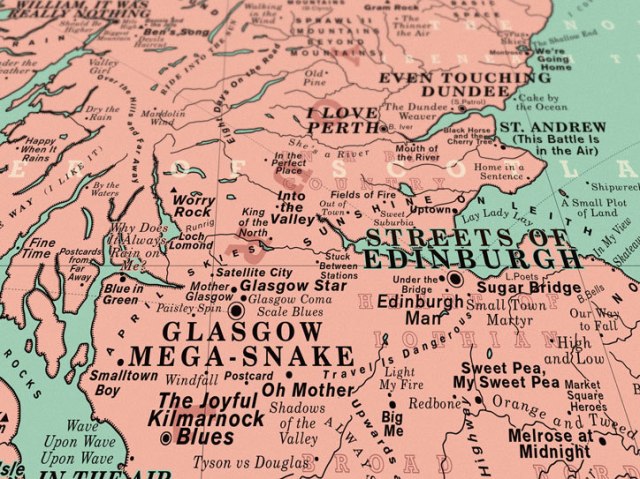 The UK map is a follow-up to a US version that the Dorothy developed last year. The studio has also made a Spotify playlist featuring all of the songs included on the map, which would take 83 hours to listen to in its entirety. 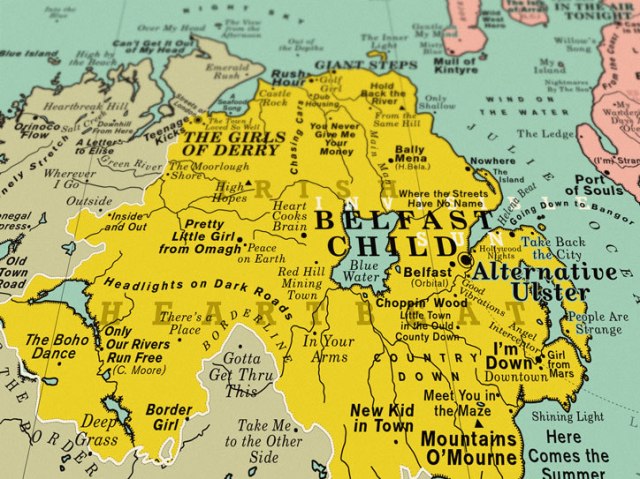