“From these garish lights I vanish now for evermore…” 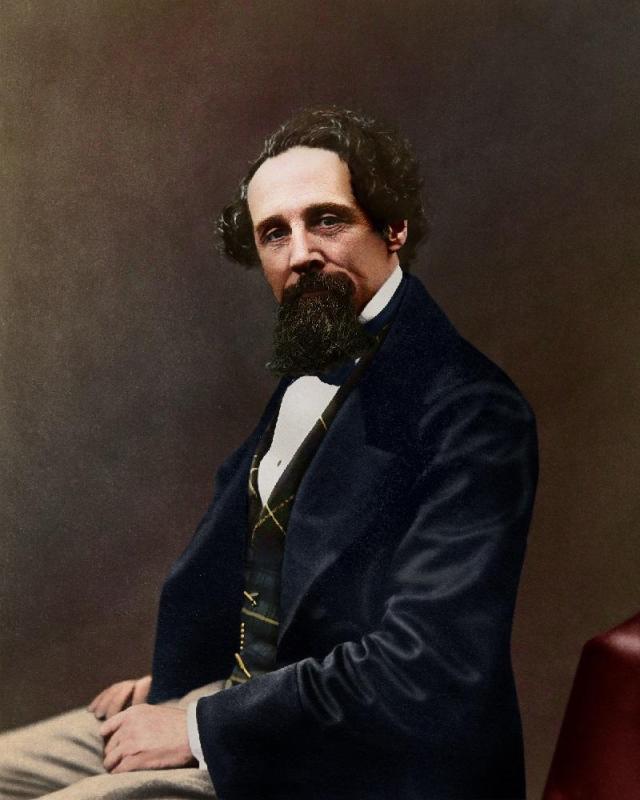 Yesterday marked the 150th anniversary of the death of Charles Dickens. Among the commemorations, there was this stunning sound and light installation which was projected onto Westminster Abbey’s iconic West Towers last weekend. The projection was created by light and sound specialists, Luxmuralis, in collaboration with the Charles Dickens Museum and Westminster Abbey.

The work is rich and vivid, saturated in color and dense with visual effects set against a stirring soundtrack which builds to form a dramatic and poignant tribute to the writer. It features illustrations, quotes and a new colorised photograph of the author taken from the exhibition ‘Technicolour Dickens: The Living Image of Charles Dickens’ which will launch at the Charles Dickens Museum as soon as it is able to re-open.