Shorter than the Day 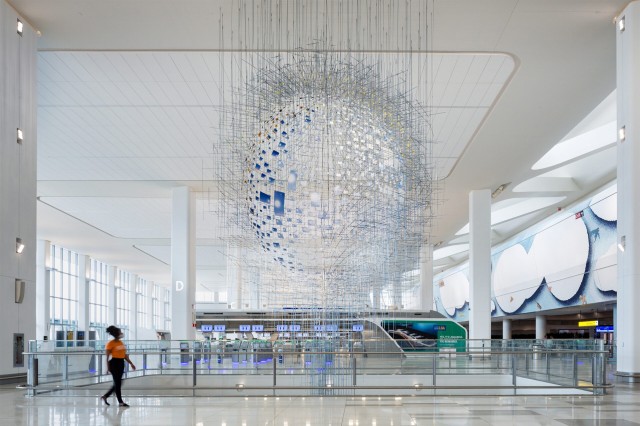 Last week, artist Sarah Sze unveiled an impressive new sculpture titled “Shorter than the Day” —a reference to Emily Dickinson’s poem “Because I could not stop for Death”  at New York City’s LaGuardia Airport. Sze’s work, which weighs five tons, is suspended above an atrium in Terminal B.

Because I could not stop for Death,
He kindly stopped for me;
The carriage held but just ourselves
And Immortality.

We slowly drove, he knew no haste,
And I had put away
My labor, and my leisure too,
For his civility.

We paused before a house that seemed
A swelling of the ground;
The roof was scarcely visible,
The cornice but a mound.

Since then ’tis centuries; but each
Feels shorter than the day
I first surmised the horses’ heads
Were toward eternity.

The New York-based artist captures the sky as it changes from cerulean blue morning to a colorful sunset to the many shades of night through nearly 1,000 photographs of the sky. Each printed image is fastened to the aluminum and steel with alligator clips and is revealed as viewers move around the massive work, just like the earth circles the sun to mark a day. 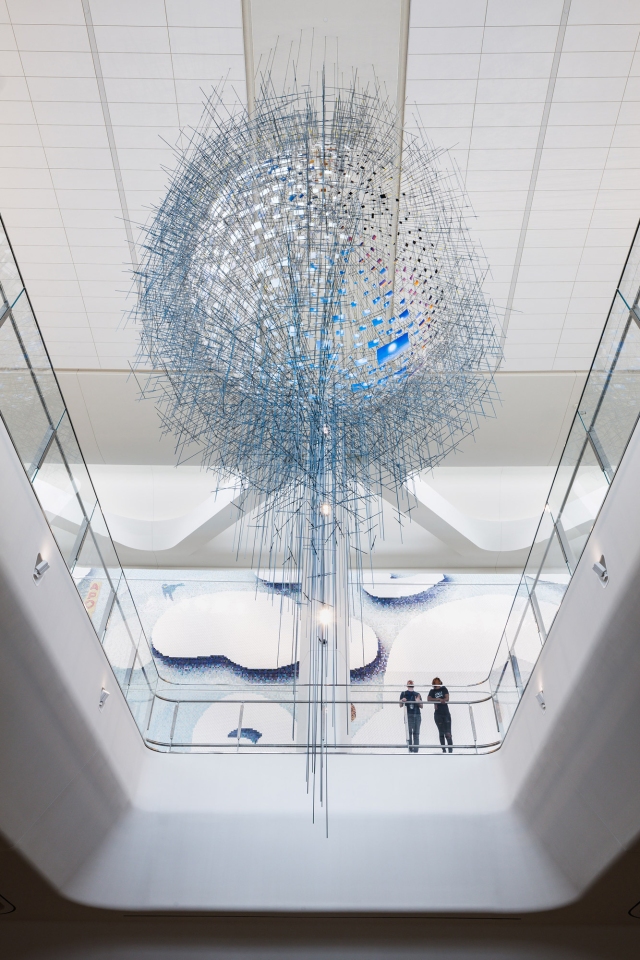 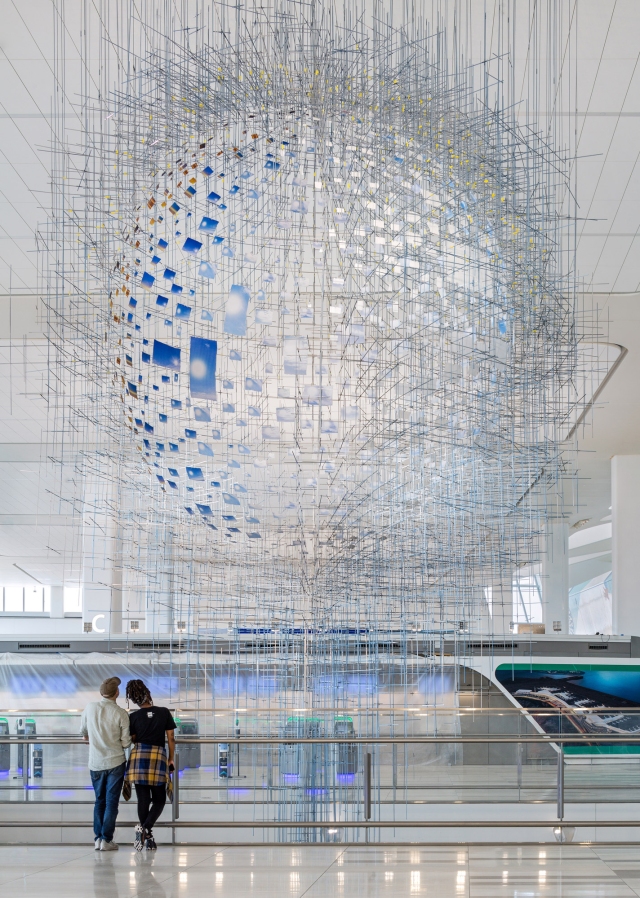 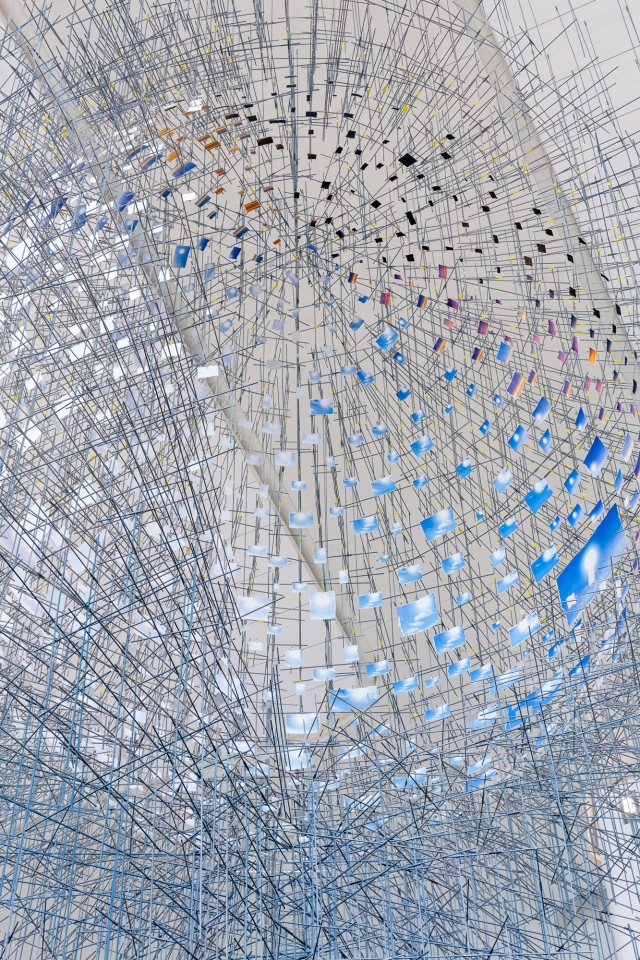 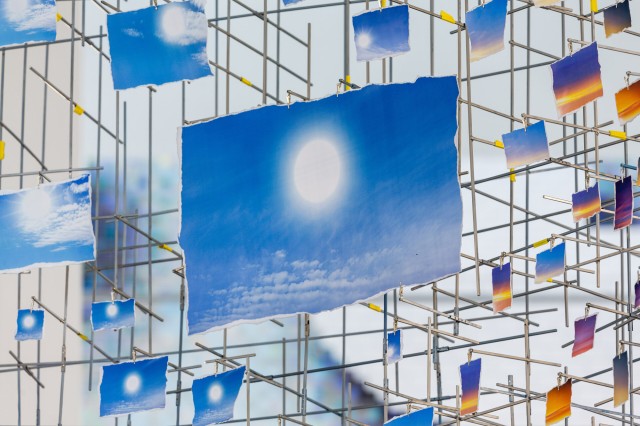 1 Response to Shorter than the Day