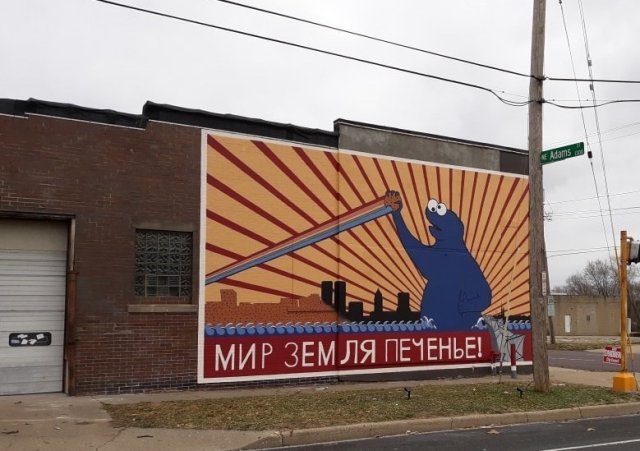 You don’t have to be a street art sucker like me to be intrigued by the tale of the Cookie Monster “мир, земля, печенье” (“Peace, Land, and Cookies” in Russian) mural that popped up on a commercial building in Peoria, Illinois over the Thanksgiving holiday. The mystery stems from the question: Who actually commissioned artist Joshua Hawkins to paint the mural.

Nate Comte, the owner of the building, was furious when he discovered an enormous Cookie Monster mural on the side of his store.  It seems that someone impersonating Comte had contracted Hawkins to create the 30 feet long and 16 feet high art work and even paid Hawkins a bonus for completing the mural over the holiday weekend. 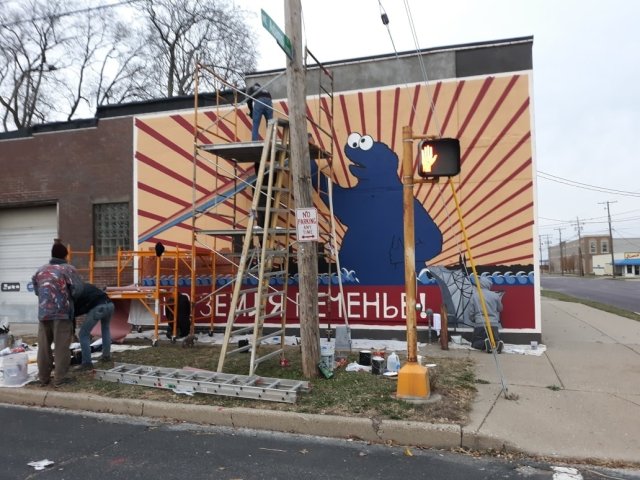 The enigmatic Soviet propaganda style mural, which riffs on Lenin’s famous “Peace, Land, Bread” motto, has since been covered over with white paint by the store owner. The wall itself has become a memorial of sorts with mural-loving locals leaving behind stuffed animal, flowers, and candles. No one has come forward to explain the prank, but you can follow the story on social media with at #peacelandcookies.