And the Moon Be Still as Bright 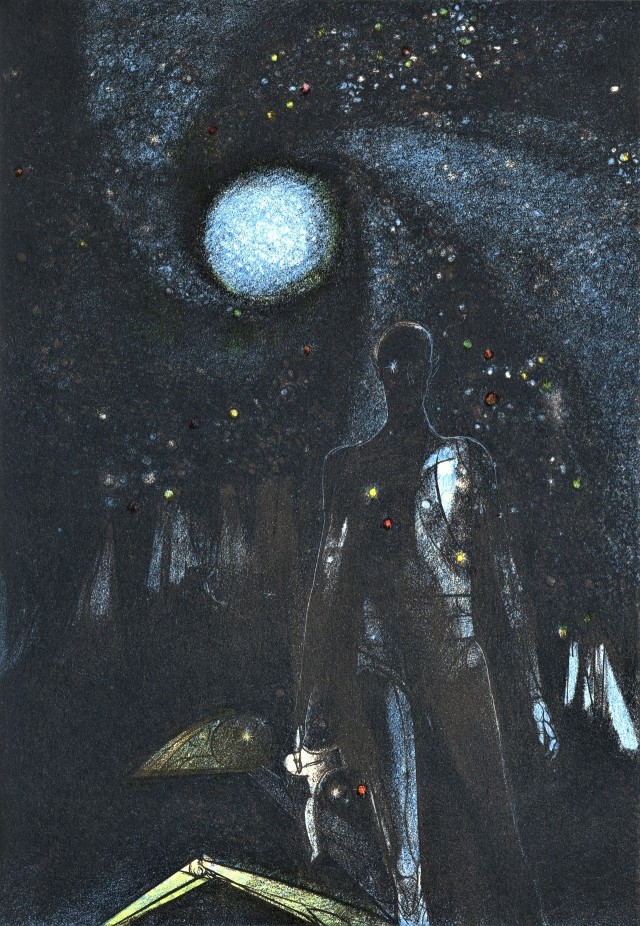 Regular visitors to TBTP may recall my many posts about the novels and short stories by the great American writer Ray Bradbury. One of the first sci-fi gems of his that I remember reading as a young child is the powerful collection titled The Martian Chronicles.

Lately, I have been thinking about one especially moving, disturbing, and oddly relevant chapter called “And the Moon Be Still as Bright,” a powerful and emotional tale about a crew of Earth astronauts who discover the extinction of the Martians. They discover that the entire Martian population was wiped out by chickenpox, contracted from humans who visited the planet on previous expeditions. Most of the crew shows no remorse and in fact isn’t bothered at all by the tragedy. Their response is to party and to celebrate the team’s successful landing. However, one member does not participate in the festivities, instead he contemplates the thought of how such a mighty civilization could be taken down so easily by a similar pandemic on Earth. This crew member, named Spender, eventually deserts the crew to explore Martian ruins and becomes enamored with the Martian’s once spectacular civiliztion. He later returns to the landing site and kills most of his team, intending to stop the colonization of Mars in order to preserve its fallen civilization.The crew’s captain is forced to shoot Spender to prevent more loss of life. 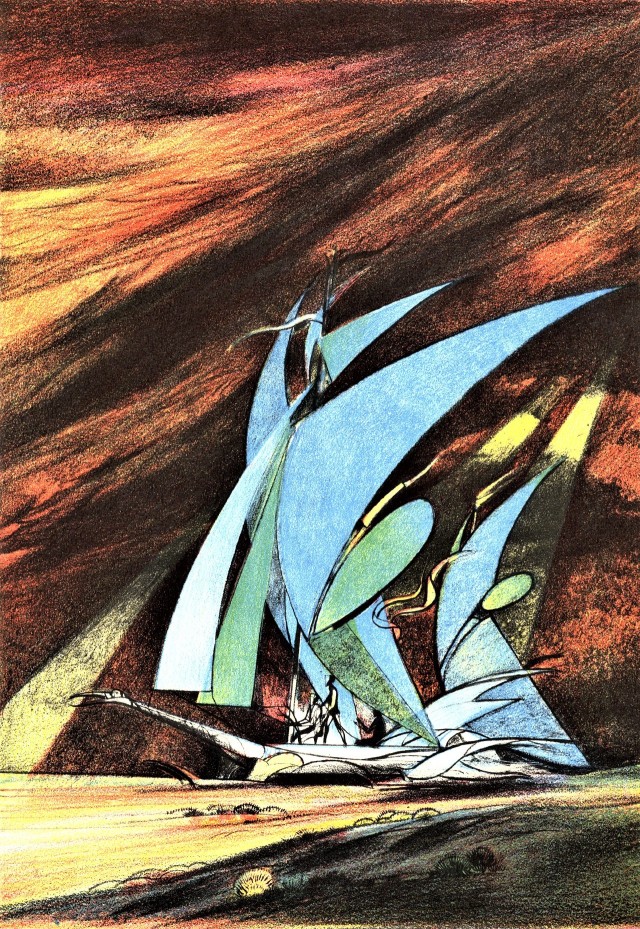 One of my favorite versions of The Martian Chronicles is the 1974 Limited Editions Club publication with  dramatic, full-color illustrations by Joseph Mugnaini. The special edition was limited to 2,000 copies and is now a sought after collector’s copy. 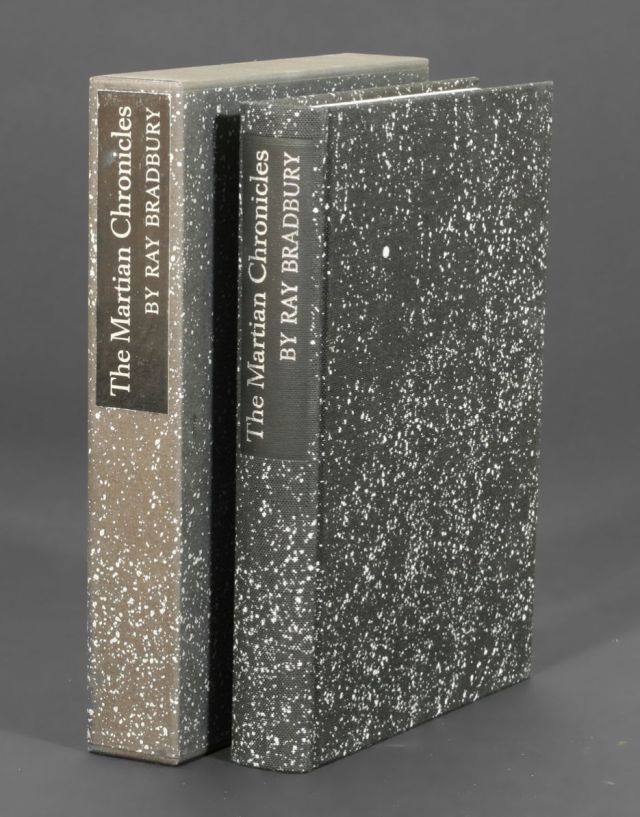 1 Response to And the Moon Be Still as Bright