The Atlas of the United States Printed for the Use of the Blind was published in 1837 for children at the New England Institute for the Education of the Blind in Boston. The entire volume was printed without ink, the text and maps in this special atlas were created with heavy paper embossed with letters, lines, and symbols. It’s likely that this is the first atlas produced for the blind to read without the assistance of a sighted person. Braille had been invented by 1825, but was not widely used until much later. It represented letters well, but could not represent shapes and cartographic features. 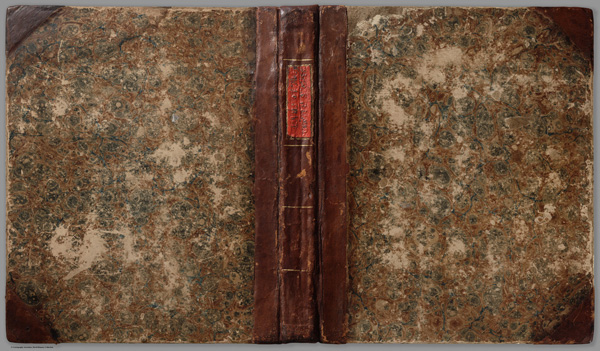 The covers of the atlas. Even the title label on the spine is raised and embossed, saying “Atlas of The United States.”

Samuel Gridley Howe was the founder and president of the New England Institute and produced the atlas with the assistance of John C. Cray and Samuel P. Ruggles. Howe was an early advocate for people with disabilities and believed that blind children could be taught geography through maps created with his special paper embossing process. In his introduction to the atlas, Howe notes that crude attempts had been made to create maps for the blind, but they used primitive methods of creating relief and required the assistance of a sighted person. He claimed that his new embossing method was superior in all respects. 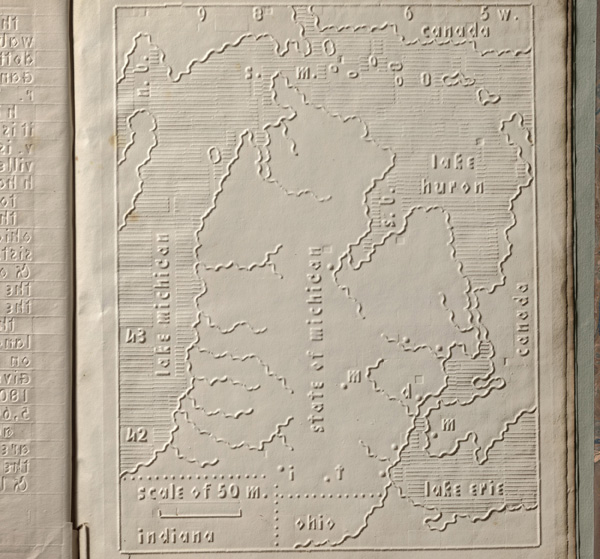 Only five copies of the book are known to have survived. The atlas includes 24 state maps and 1 of Washington D.C., with a page of text describing each state and the symbols used on the maps.

4 Responses to A Very Special Atlas