The tourism organization VisitScotland has announced that 2022 is a “Year of Stories,” and has launched a project called Braw Beginnings (braw meaning fine, good, or pleasing) which translates the first lines of iconic books inspired by or written in Scotland into Scots, a language that is experiencing a revival of late.

“This project sees some of the world’s best-known books with Scottish links translated into Scots as a way to showcase the language to an even wider audience. We hope it will encourage visitors to try speaking some Scots and find out more about the language when holidaying here, especially during Scotland’s Year of Stories,” said Marie Christie, VisitScotland’s head of events development. “Scots and the country’s other languages are all part of our unique culture which can only truly be experienced in Scotland, strengthening the experience we know means so much to visitors.”

They have teamed up with Scots language expert and writer Alistair Heather to translate the first lines of some of the world’s most popular books into Scots. It’s estimated that the Scots language has 1.5 million speakers – a number which is growing all the time. Not only is Scots the most widely spoken indigenous Scottish language, but it is also the largest minority language in the UK. From Robert Burns to Scottish Twitter, Scots is spoken with verve and passion across the country and beyond. 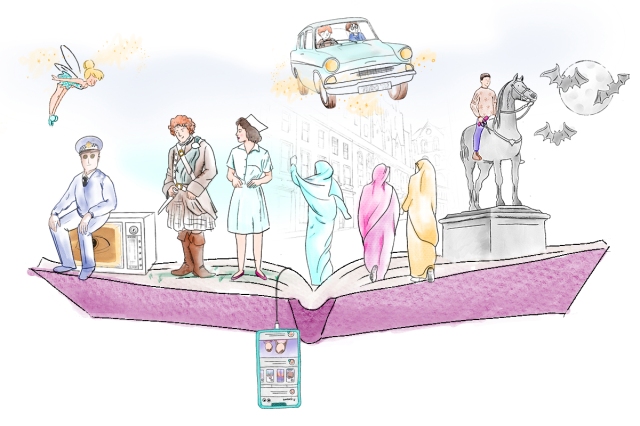 The translated passages come from books such as Dracula by Bram Stoker. While the Dublin-born Stoker is more often associated with Ireland, he is thought to have drawn inspiration from Slains Castle in Aberdeenshire for Dracula.

One of the featured writers is the great Ian Rankin who was born in the Scottish town of Cardenden and has since gone on to grip the world with his thrilling crime novels. Knots & Crosses introduces Rankin’s famous character, Inspector Rebus. It tells the story of the Edinburgh cop as he tries to put the pieces of the puzzle together to uncover the maniac carrying out a series of murders in the city.

“The girl screamed once, only the once” 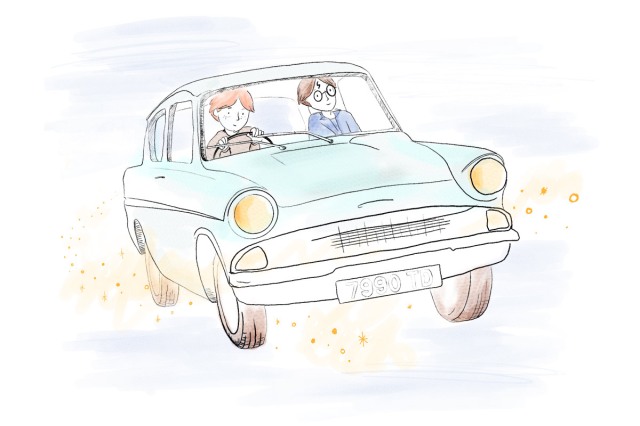 Probably the most famous  book series to have Scottish roots, JK Rowling’s Harry Potter novels have captivated the hearts and imaginations of children and adults alike since the first book came out in 1997. Rowling famously wrote the first novel in the series in a café in Edinburgh, which has already been translated into Scots.

“Not for the first time, an argument had broken out over breakfast at number four, Privet Drive”

Sound clips of these translations and more have been posted online. VisitScotland’s artists have also reimagined what a scene from each book might look like, resulting in colorful illustrations that add a bit of whimsy to the literary initiative. All of it can be seen and heard here.

1 Response to Scotland’s Year of Stories