The Santa Fe, New Mexico-based cutting edge arts group known as Meow Wolf has launched an exciting project in Denver, Colorado called the Covergence Station. Squeezed into a pizza slice-shaped space between urban highways, the colorful attraction is a series of immersive installations made from mostly salvaged materials. Meow Wolf has collaborated with 300 regional artists and creatives to build the innovative attraction.

According to creative director  Chadney Everett, “We have a mission to make art that is as accessible to a billionaire as a minimum wage worker and create experiences that are accessible to them—not only financially but spiritually accessible.”

The venue has a lobby, events space and four primary gallery spaces that take advantage of the five-storey structure with wall-to-wall decoration and design. A series of smaller galleries line the space as well. 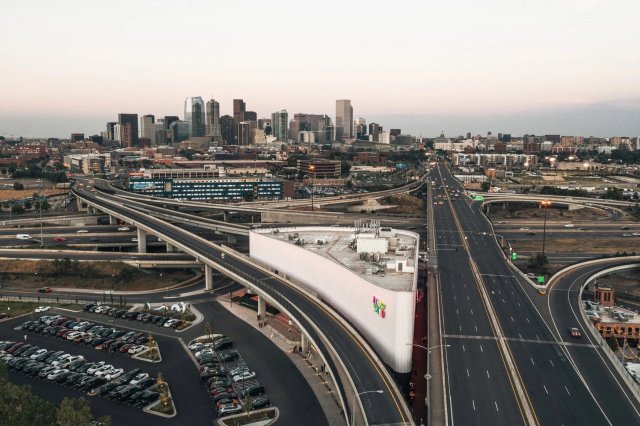