Frankenstein Was a Vegetarian 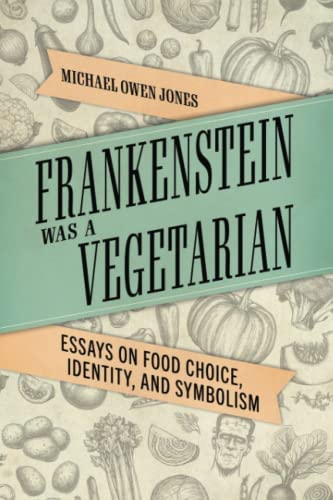 A six-book shortlist has been released for the Bookseller Diagram Prize for the Oddest Book Title of the Year. The award was conceived in 1978 by Trevor Bounford and Bruce Robertson, co-founders of publishing solutions firm the Diagram Group, as a way to avoid boredom at the Frankfurt Book Fair. The winning title will be chosen by members of the public via an online vote, and a winner announced December 2. This year’s shortlisted titles are:

Frankenstein Was a Vegetarian: Essays on Food Choice, Identity and Symbolism by Michael Owen Jones
The Many Lives of Scary Clowns: Essays on Pennywise, Twisty, the Joker, Krusty and More by Ron Riekki
Jane Austen and the Buddha: Teachers of Enlightenment by Kathryn Duncan
RuPedagogies of Realness: Essays on Teaching and Learning With RuPaul’s Drag Race by Lindsay Bryde & Tommy Mayberry
Smuggling Jesus Back into the Church by Andrew Fellows
What Nudism Exposes: An Unconventional History of Postwar Canada by Mary-Ann Shantz

This entry was posted in Books, Writing and tagged book prizes. Bookmark the permalink.