The Direction of Travel 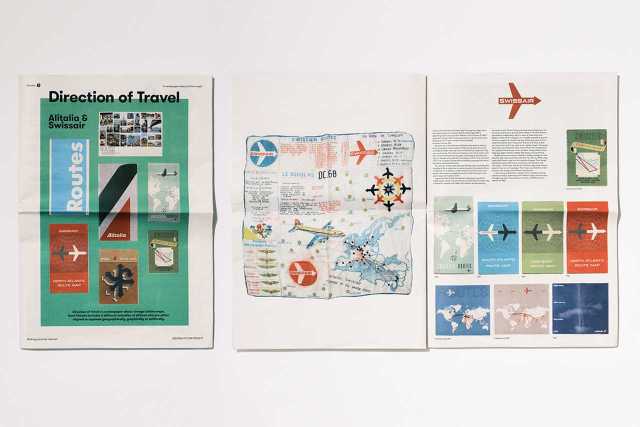 When I ran across Christian Nolle’s terrific periodical Directions of Travel I thought that some of you other travel and map geeks might need to know about the project. Nolle’s fascination with air travel and maps began when he was just a child. “It’s why I started collecting flight maps,” says the designer, who launched the biannual title Direction of Travel in 2020. Published on newsprint, it focuses on historic airline route maps. “I realised that the newspaper format would be a great way to show people these drawings,” says Nolle. “Mainly it’s because you can print it quite cheaply and you can go really big on images.” The periodical offers colorful features collected over the past 15 years, each issue focuses on a different aspect of two major airlines’ stories. The most recent volume, issue three, is available to buy online and charts Alitalia and Swissair’s networks between the 1940s and 1980s. “When you look at books about vintage maps they’re all immaculate but there’s no real sense of the material,” says Nolle. “Maps are made of paper. They’re meant to be folded. I want to show people the beauty of these things.”
directionoftravel.com