Many thanks to the County Theater in Doylestown, PA for the invitation to a screening of Laurence Lowenthal’s documentary Millennium, The Story. 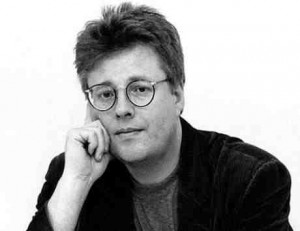 Laurence Lowenthal created a documentary about Stieg Larsson and the Millennium Trilogy that covers everything you’ve ever wanted to know about the author, Stieg Larsson, and his family, childhood and professional life. As well as his tragic death at 50 in November 2004 before The Girl With the Dragon Tattoo was published. 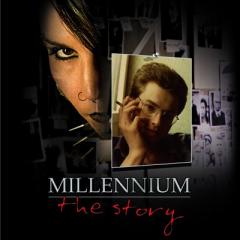 The  film explores the real stories behind Larsson’s political magazine, Expo,  and his anti-neo-nazi campaigns along with the role of Stockholm and the landscape of Sweden in Larsson’s life and writing. The battle over his inheritance. Eva Gabrielsson, Larsson’s girlfriend, and the manuscript for the fourth book she ‘might’ have, of course, figure prominently in the documentary.

The literary triumph and the Millennium phenomenom are analyzed by Larsson’s close friends, his father and brother, his publisher, journalist colleagues, the producer of the film adaptations and actors Noomi Rapace and Michael Nyqvist, who play Lisbeth Salander and Mikael Blomkvist.

To his friends and the Swedish public, Stieg Larsson is still the rumpled, chain-smoking investigative journalist who fought Fascists, neo-Nazis and bigots, but six years after his death, he has become an International brand. Lowenthal’s documentary bares the mysteries of Larsson’s  life, and exposes the banality of marketing a literary legacy.

This entry was posted in Books, Europe and tagged Cinema, Films, Millennium, Sweden. Bookmark the permalink.