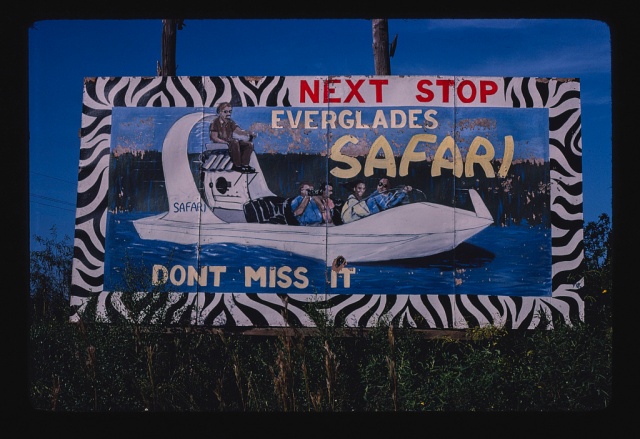 Historian and self-taught photographer John Margolies spent the last three decades of the 20th century wandering the back roads, small towns, and old highways of the U.S. capturing images of a disappearing culture. His saturated Kodachrome images of kitsch signage, architecture, folk art, and retail spaces document a nation before it was buried in an avalanche of cookie-cutter corporate blandness. 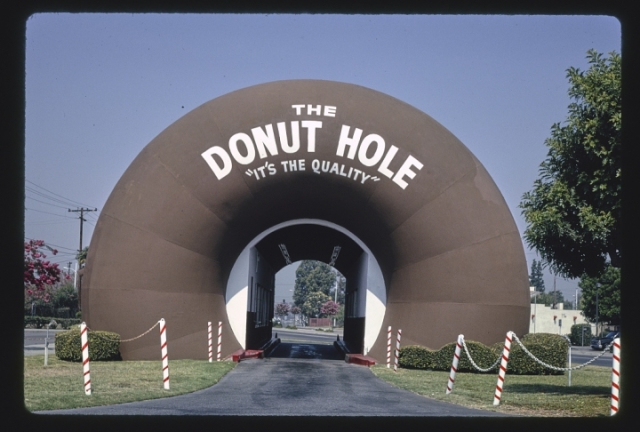 The U.S. Library of Congress has digitized nearly 12,000 of Margolies’ wonderful images and has made the collection available online. Before his death, the photographer graciously chose to place most of his work in the public domain. 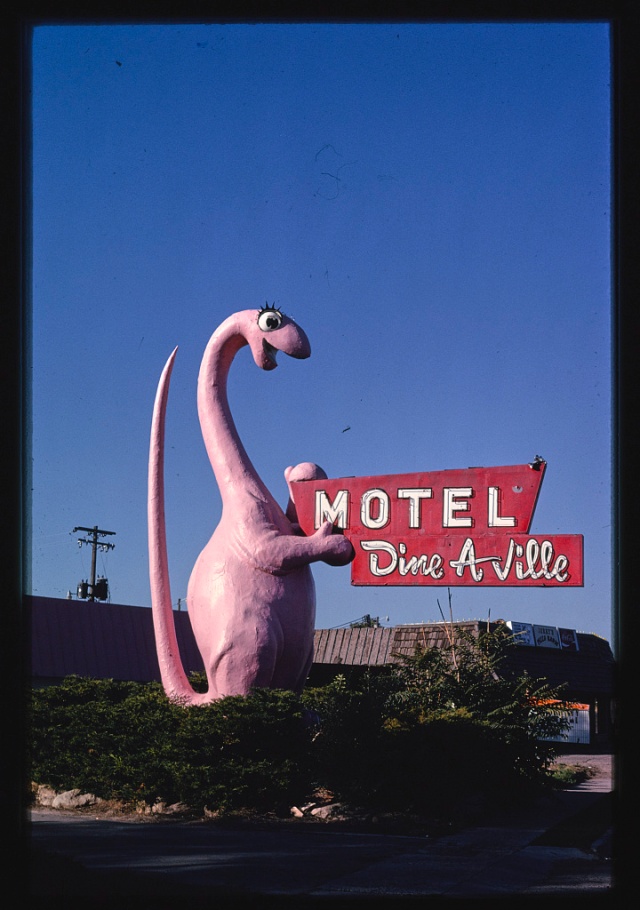 Like many of my 20th century cohort, I miss the marvelously cheesy architecture of mini-golf courses, motels, service stations, drive-in restaurants, and roadside tourist attractions. I remember passing the top sign in the top photo when I lived in Florida in the 1980s. 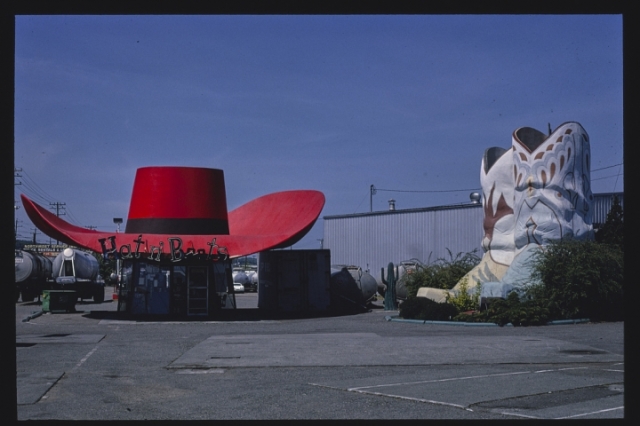 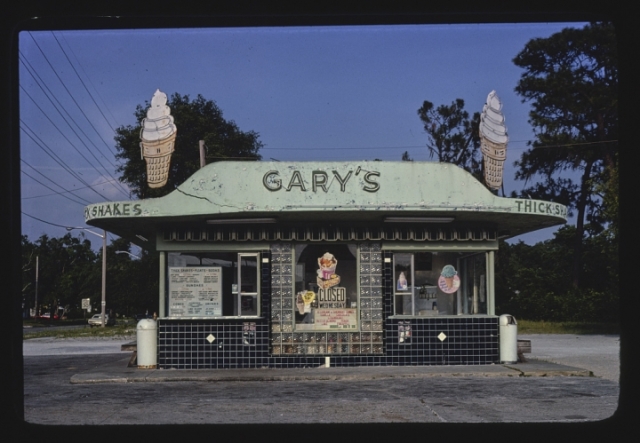 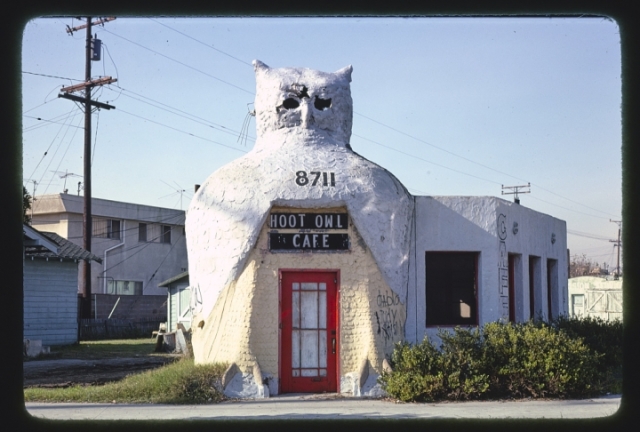