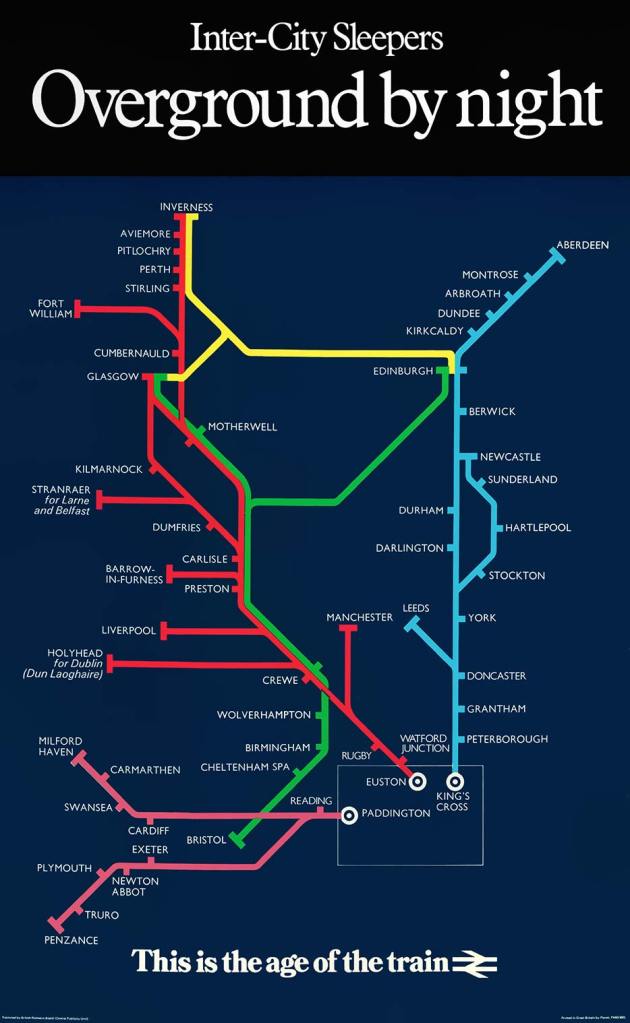 Those of you who are regular visitors to Travel Between The Pages are well aware of my fascination with railway travel and with maps. While I am a mere dilettante, I recently had the good fortune to connect with someone who has extensive expertise in these subjects and who was willing to offer links to TBTP on some of his engaging web posts. Arjan den Boer is a Utrecht-based Dutch author, travel guide, app developer, and railway historian. Today, we have an brief introduction to his story on schematic railway maps and a link to an in-depth article on his website.

Every map is an abstraction, but some maps willingly distort reality. The best-known example is the London Underground Map: distances are unrealistic, geographical features absent, lines are straight and angles either right or diagonal. Such imaginary maps help travelers to find their way easier, in contrast to the spaghetti-like mash that is hidden behind.Using simplification to provide insight into the network was just as important for (inter)national rail connections as it was in metropolitan areas. Schematic railway maps, as designed during the course of the twentieth century, sometimes resembled metro maps, but could take other shapes as well. They always had the same goal though: making complicated journeys look easy. 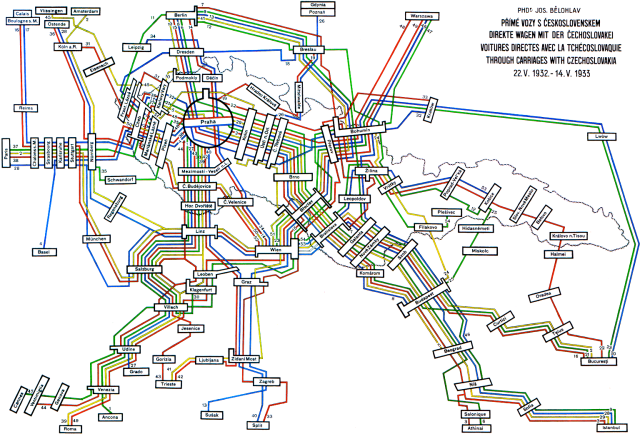 1 Response to Along Straight Lines