Not Available in Paperback 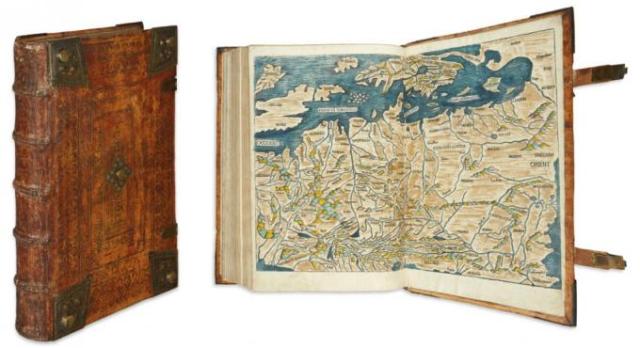 The Louisiana State University Special Collections Library has recently announced an exciting new acquisition. This is a rare copy of Hartmann Schedel’s The Nuremberg Chronicle, printed in 1493 in Germany, in the city that gives the work its name. This incunabula represents one of the most densely illustrated and technically advanced early print jobs. 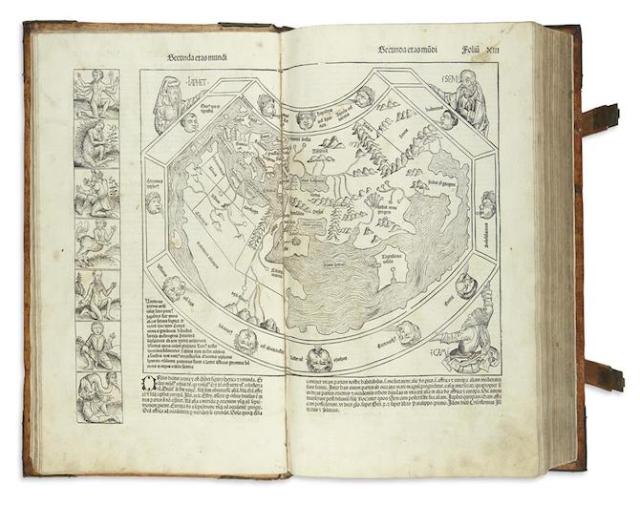 The Nuremberg Chronicle ( Liber chronicarum in Latin) was put up for sale on December 7, 2019, during an auction offered by the house of Swann in New York, which focused more generally on maps, atlases and other natural history books. . The incunabula was estimated between $ 40,000 and $ 60,000.
The acquisition was made possible thanks to the support of the BH Breslauer foundation.

The book offers a history of the illustrated world of biblical genesis. The Chronicle is  divided into eight ages taking up the major episodes of the religious book such as the flood, the birth of Abraham, the birth of Jesus Christ as well as the advent of the Antichrist to name a few.

Written in Latin by the humanist and collector Hartmann Schedel, it was then printed by Anton Koberger in 1493 in Nuremberg. The woodcut illustrations and maps were created in the workshop of Michael Wolgemut, who employed his son-in-law Albrecht Dürer. The original version was printed in 1500 copies. A German edition, translated by Georg Alt, was also published by him, proof of a desire to disseminate knowledge in the vernacular. To date, around 400 copies in Latin and 300 in German have survived, making it one of the best preserved incunabula.

The Nuremberg Chronicle is best known for its many illustrations. In total, there are 1809 engravings produced from 645 wooden blocks. They represent great biblical and historical figures such as kings, emperors, philosophers and scientists. But also, urban landscapes (Nuremberg, Venice or even Florence), biblical scenes, Gothic-type images on large double pages with legendary creatures. Without forgetting, the first printed map of Germany. 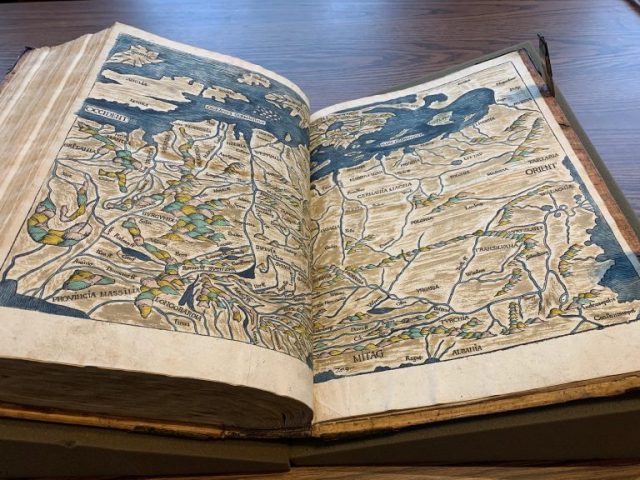 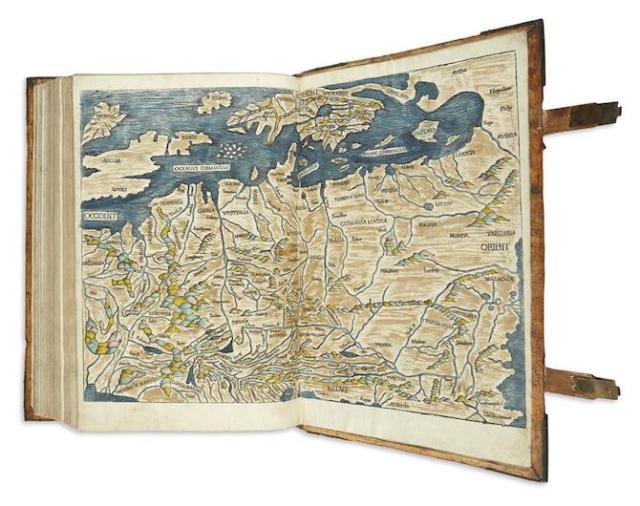 This entry was posted in Books, Libraries, Maps, Writing and tagged Germany, Incunabula, Publishing and Printing. Bookmark the permalink.

1 Response to Not Available in Paperback