The History of Four-Footed Beasts and Serpents 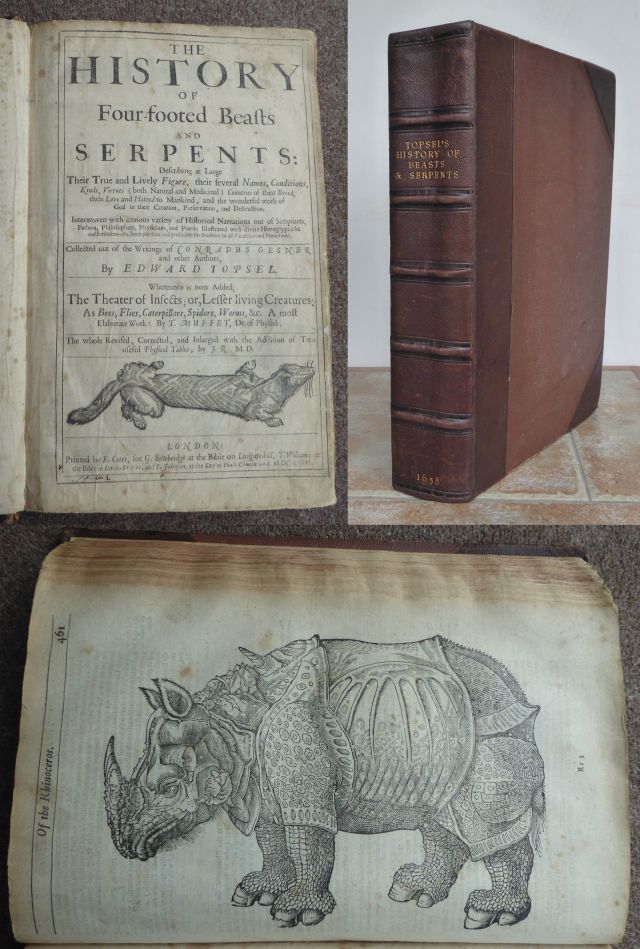 English author  and naturalist Edward Topsell (1572-1625) first published his book The History of Four-footed Beasts in 1607, followed by The History of Serpents in 1608. Topsell borrowed extensively from Swiss naturalist Conrad Gessner’s Historia animalium (“History of Animals”), a five-volume set of books published in 1551-1557. Topsell’s books included many of the same illustrations as Gessner’s Historia animalium. These illustrations include actual animals as well as fantastical beasts such as a unicorn, hydra, and sea monk. 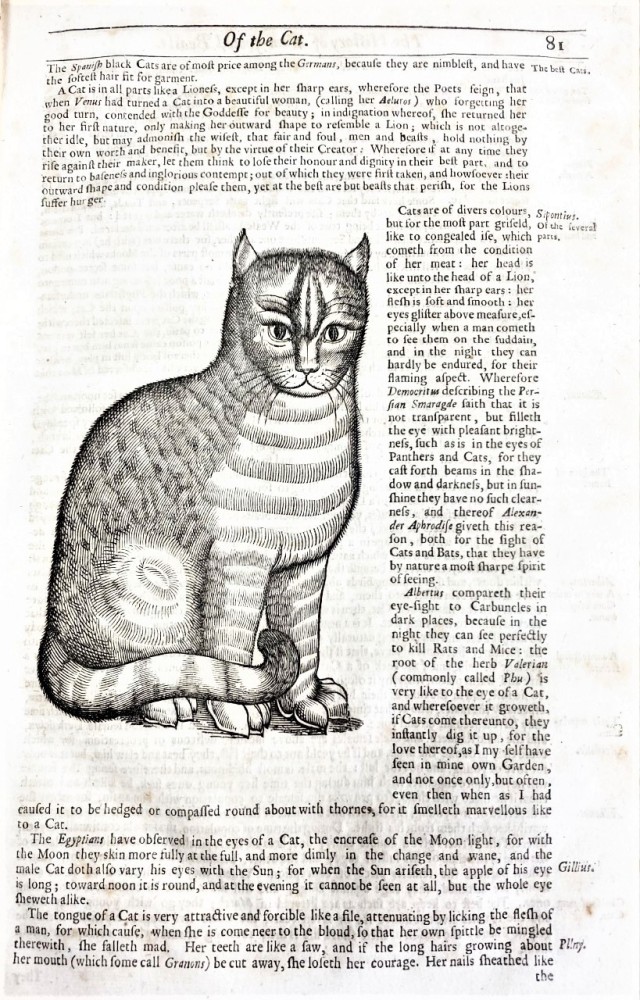 In 1658, Topsell’s books were reprinted together as the massive 1,100 page tome The History of Four-Footed Beasts and Serpents. This 1658 edition, published by Ellen Cotes for George Sawbridge.  The full title is:

“The history of four-footed beasts and serpents: describing at large their true and lively figure, their several names, conditions, kinds, virtues (both natural and medicinal) countries of their breed, their love and hatred to mankind, and the wonderful work of God in their creation, preservation, and destruction: interwoven with curious variety of historical narrations out of Scriptures, fathers, philosophers, physicians, and poets: illustrated with divers hieroglyphicks and emblems, &c. both pleasant and profitable for students in all faculties and professions.” 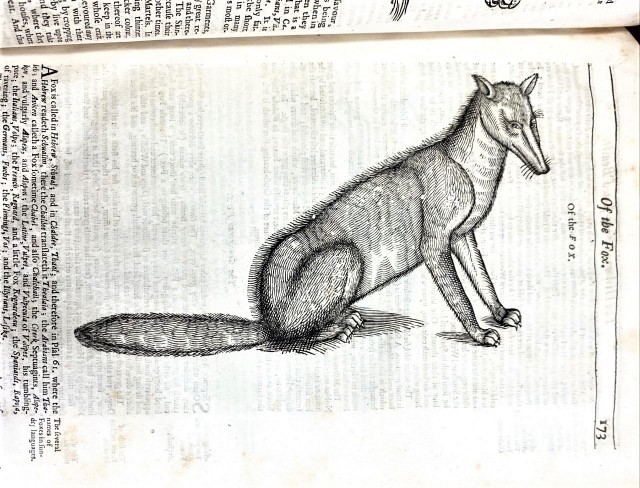 These days, Topsell might be labeled a curator since he did not add a lot of new information to his books, but he can be appreciated as a popularizer of natural history because translating Gessner’s work into English opened it up to new audiences. The History of Four-Footed Beasts and Serpents is considered one of the first major zoological works printed in English. 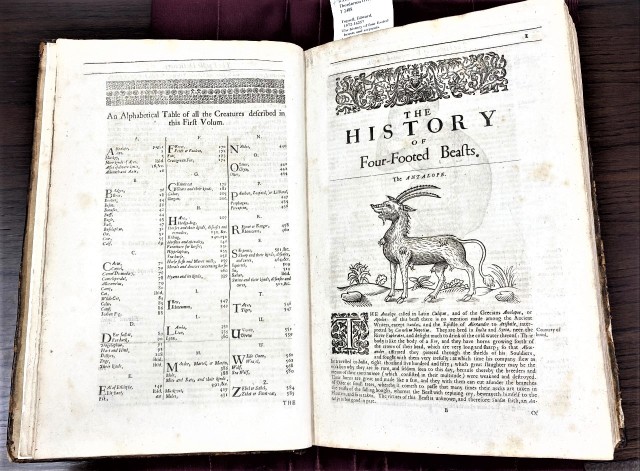