You maybe wondering about the newest U.S. holiday that we are celebrating today. On June 17, 2021, President Joseph R. Biden, Jr. signed into law the bill that established Juneteenth National Independence Day, June 19, as a legal public holiday. Juneteenth commemorates June 19, 1865, the date Major General Gordon Granger arrived in Galveston, Texas, and delivered General Order No. 3 announcing the end of legalized slavery in Texas. Historically, it has been a holiday celebrated by people of African descent in the United States, as well as people in Canada, Jamaica, Nigeria, the United Kingdom, and other countries throughout the world. Juneteenth is also a “symbolic date” representing the African American struggle for freedom and equality, and a celebration of family and community. 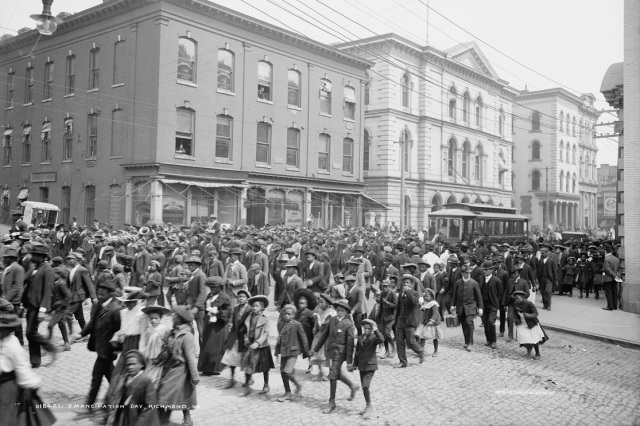 Although two years and six months had passed since President Abraham Lincoln issued the Emancipation Proclamation, many African Americans remained enslaved in Confederate states and also in the border slave states that remained loyal to the Union. The surrender of General Robert E. Lee at Appomattox Court House, Virginia on April 9, 1865 had not impacted Texas. Many plantation owners refused to acknowledge that the war was over and refused to “release” their enslaved workers from bondage. This practice continued even after the issuance of General Order No. 3.

The struggle for freedom and equal rights has continued, and so has the celebration of Juneteenth, as people of African descent and others commemorate Juneteenth in their homes, churches, schools, and communities. They attend church services, host parades, races, picnics, oratorical contests, musical, literary, and cultural festivals, and often visit cemeteries to reunite the freed and living with their enslaved ancestors. Since January 1, 1980, when Texas officially recognized Juneteenth as a state holiday, more than 40 other states have passed legislation observing or recognizing the significance of Juneteenth. Historians have observed that Juneteenth remains significant because it is one of the earliest continuously observed holidays that African Americans established in the United States; it signifies for the African American population that America is the land of the free and that the fight for equality is ever present and ongoing.