Some of you may know that about a year ago I joined the ranks of the coffee-obsessives and began roasting my own coffee beans. So far, I’ve subjected my friends and family members to my experiments without too much complaint. In fact, I seem to be getting the hang of both the art and science of coffee bean roasting. Although I’ve been buying lots of green beans and roasting at least twice a week, my actual coffee consumption hasn’t increased all that much. Well maybe by 20% . 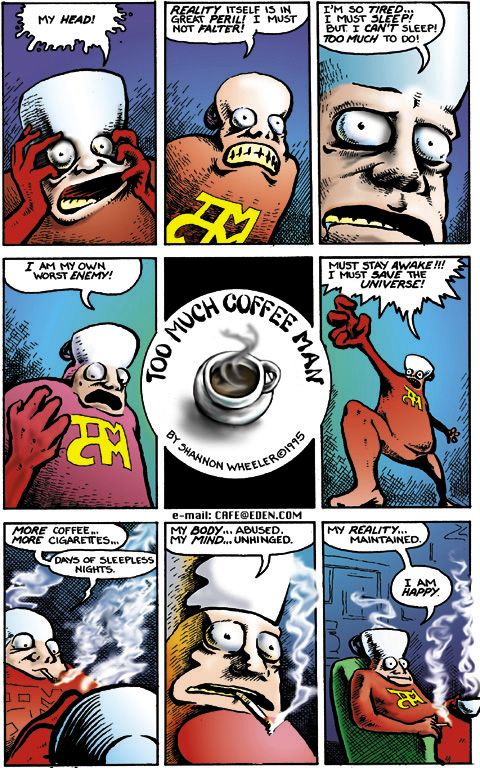 It should come as no surprise that my new favorite comic is Too Much Coffee Man. The star is an American satirical superhero created by cartoonist Shannon Wheeler way back in 1991. Too Much Coffee Man wears what appears to be a spandex version of old-fashioned red “long johns” with a large mug attached atop his head. Of course, he is a stressed-out Everyman who is in a constant state of anxiety about the woes of the world, American politics, and our sorry culture.

Too Much Coffee Man has appeared as a weekly single page comic in alternative newspapers, zines, and books. It has even been turned into an opera, really. You learn all about the caffeinated hero and even find out about purchasing his books at creator Shannon Wheelers website. 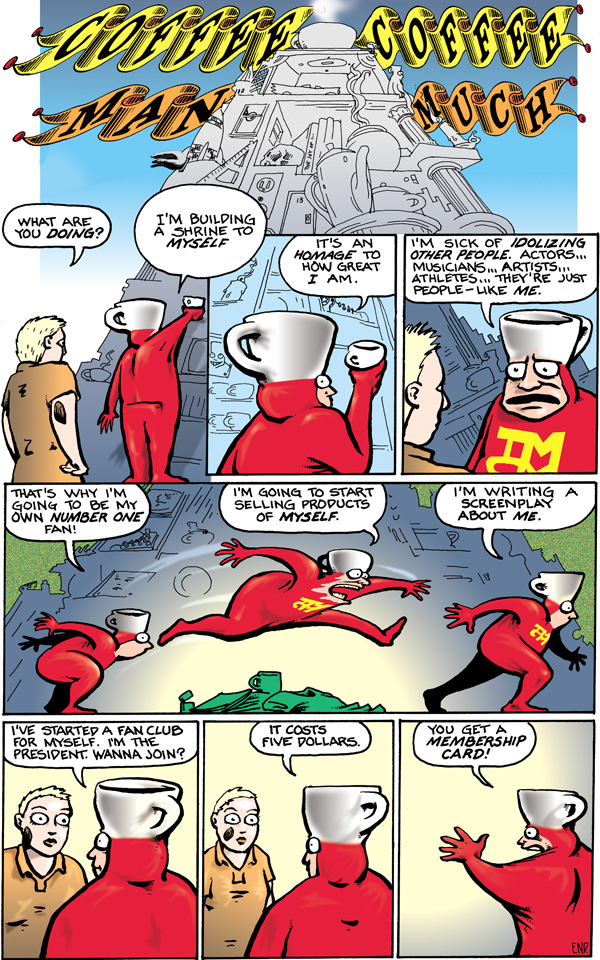 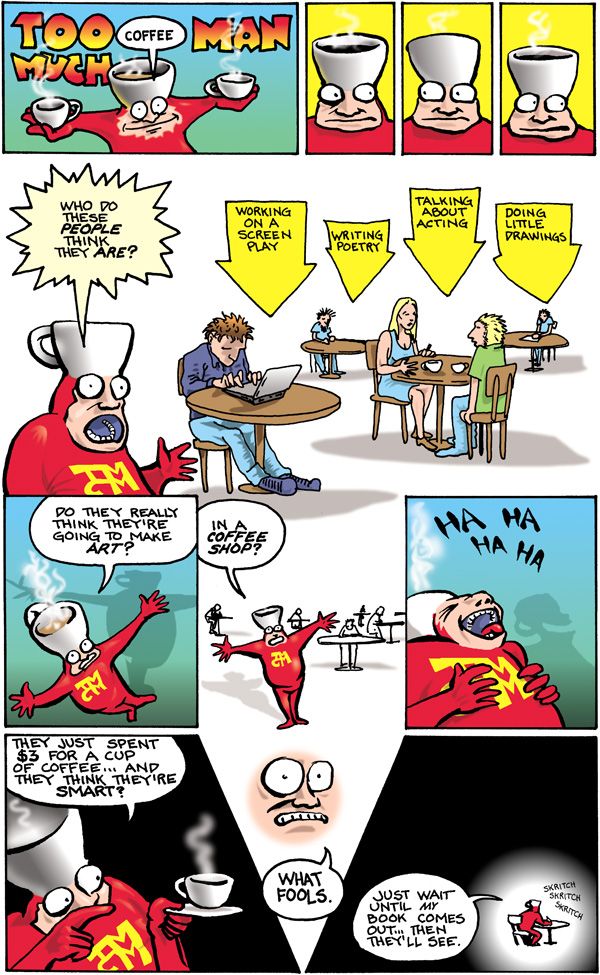 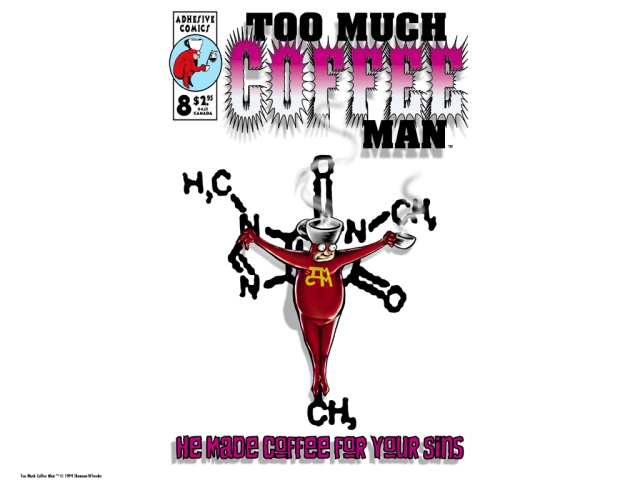 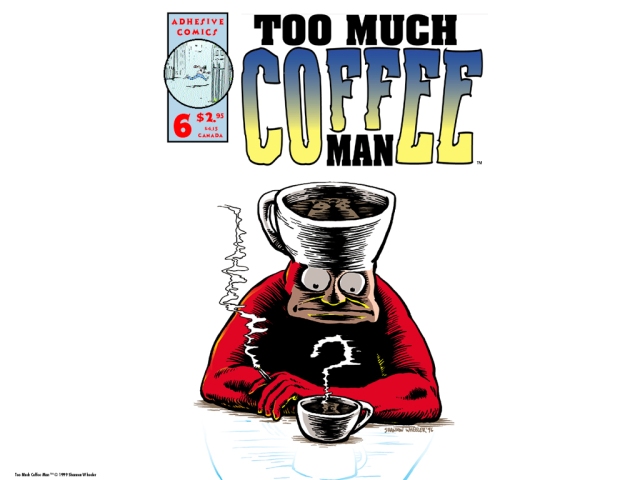 This entry was posted in Animation, Art, Books, USA and tagged Coffee, Comics. Bookmark the permalink.