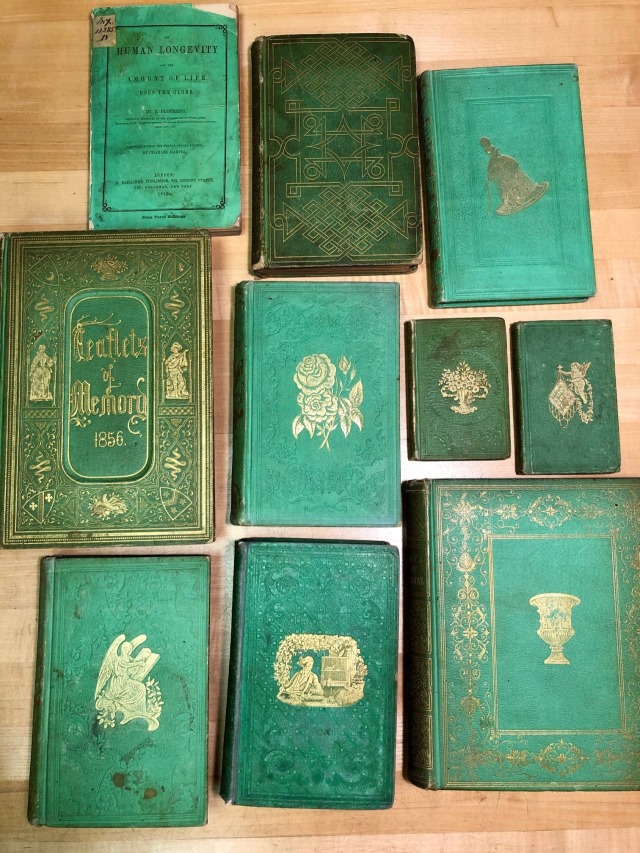 The bright emerald green cloth on the books (above & below) gets its intense color from copper acetoarsenite, more commonly known as arsenic. The inorganic pigment was used extensively during the 19th century before the full extent of poisoning risks were known. Over the years, as both a book collector and bookseller, I have been handling books in this colorful bindings like any other. But apparently I have been exposing myself to an unsafe level of arsenic. One of the possible major offenders was the very popular Black’s travel guide series. 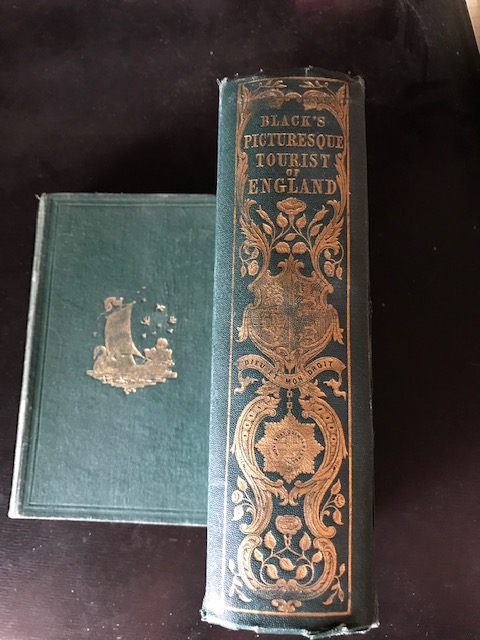 The bindings seen in the image at the top of the post were tested by Melissa Tedone, Conservator at Winterthur Museum, Garden & Library, in December 2019 as part of the Poison Book Project. The sample is comprised largely of green cloth case bindings, but some green paper (upper left) also tested positive. You can read more about the Poison Book Project here.

“What differentiates this research project from others centered around arsenic-based pigments in library collections is threefold: first, the toxic pigment permeates the outer covering of Victorian-era, cloth-case publisher’s bindings; second, the large quantity of arsenic-based pigment present in bookcloth; and third, such mass-produced bindings may be commonly found in both special and circulating library collections across the United States and the United Kingdom.”

If you are a collector of 19th century books, a librarian,or a seller of antiquarian titles, I highly recommend reading the referenced article on the Poison Book project, paying close attention to the suggestions on handling and storage. 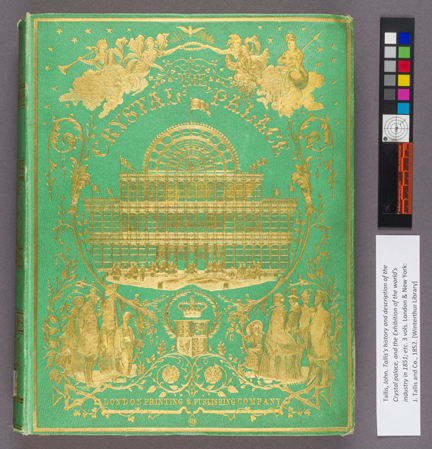