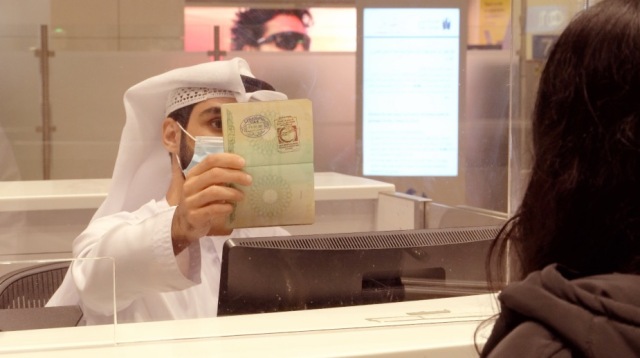 On February 9th, the United Arab Emirates Mars Mission’s Hope Probe entered the Red Planet’s orbit.
To commemorate the historic moment the UAE government has given visitors to the country a piece of space. Arrivals to Dubai airport on February 9th had their passports stamped with a unique ‘Martian Ink’.

The  passport stamp, created by agency TBWA\Raad in conjunction with the UAE Government Media Office and Dubai Airports is made with ‘Martian Ink’. This specially created ink is made from volcanic basalt rocks that are found in the UAE’s mountains and highly resemble those present on the surface of Mars.
The Emirates Mars Mission and Hope Probe are being lauded as a milestone for not just the UAE but the Arab world. The probe will provide the first complete picture of Mars’s atmosphere. The entire mission represents the country’s ambition and guiding motto that ‘Impossible is Possible’. It’s the pinnacle of the UAE’s future-facing activity  – the country is also soon due to open the doors to its much-anticipated Museum of the Future.

1 Response to Welcome to Mars