When I was a young child I spent quite a lot of time in Brooklyn. I did the usual things that Brooklyn kids did; I played stick ball in the street and stuffed my face at the corner candy store. But my favorite activity was visiting the grand Brooklyn Public Library. This year, the Brooklyn Public Library has been celebrating its 125 year anniversary by counting down their 125 most borrowed books of all time. While there are many classics on the list, there are also some more recent releases that have already broken into the top ten. The full list includes a mix of novels, graphic novels, and plenty of children’s books.

The number one most borrowed book of all time at Brooklyn Public Library, after 125 years of borrowing, is: 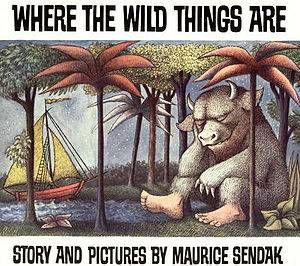 WHERE THE WILD THINGS ARE BY MAURICE SENDAK

This beloved picture book was originally published in 1963 and won the Caldecott Medal. It was also named the #1 best picture book by the School Library Journal in 2012. It’s been adapted several times, including as a feature film in 2009 and an opera in 1980.

The other books rounding up the top ten are:

2. The Snowy Day by Ezra Jack Keats
3. The Cat In the Hat by Dr. Seuss
4. A Christmas Carol by Charles Dickens
5. Are You My Mother? by PD Eastman
6. Wuthering Heights by Emily Bronte
7. Naruto Volume 1 by Mashashi Kishimoto
8. The Adventure of Huckleberry Finn by Mark Twain
9. To Kill a Mockingbird by Harper Lee
10. Little Women by Louisa May Alcott

You can find the full list at the Brooklyn Library.